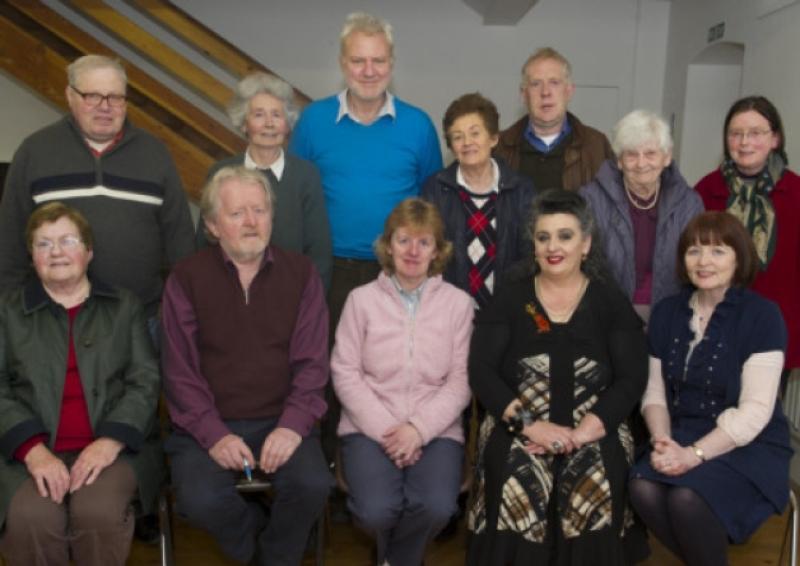 The 25th Anniversary AGM of the Fethard Historical Society was held on Tuesday, April 30, last in the Abymill Theatre and the occasion was marked in a number of different ways.

The 25th Anniversary AGM of the Fethard Historical Society was held on Tuesday, April 30, last in the Abymill Theatre and the occasion was marked in a number of different ways.

Kitty Delany, one of the most active members of the society for most of those years was made a ‘Life Member’ of the Society on the night, only the fourth person to have been honoured in this way. Patricia Looby, chairperson of the Historical Society, also presented Kitty with a bouquet of flowers and thanked her for her support and commitment to the Historical Society and to community life in general.

The Historical Society run many lectures, outings and functions -including the Book Fair - throughout the year which, of course, always entails work and preparation of some kind and without the interest and efforts of people like Kitty Delany then much of this activity would not take place.

Presentation to ‘Founding Fathers and Mothers’

The original committee members, elected on March 23, 1988, were invited to be part of the 25th AGM and to be presented with a signed copy of the most recent book produced by the Society - ‘Heraldic Memorials in Fethard’ by Gerard Crotty.

It was wonderful that many of the original committee were able to be present to mark the occasion and Mary Healy, the one deceased member, was represented by her daughter Catherine on the night. John Joe Keane, who could not be present, sent a poem for the occasion, which historically he is wont to do, and again the gesture was much appreciated and enjoyed.

The AGM was followed by a lecture by Cóilín Ó Drisceoil on his recent archaeological survey of the Town Hall and the evening ended with a wine reception and reminisces of the past twenty-five years. Overall, it was felt that the dreams and plans of the ‘founding members’ have been mostly achieved but as is always the case, ‘A lot done, more to do!’