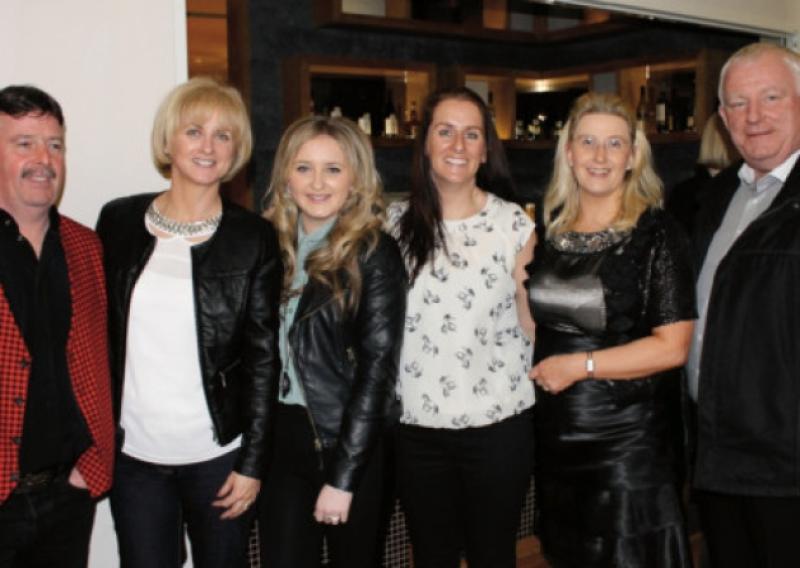 At the beginning of March members of the Tipperary IRD Chamber of Commerce and a voluntary team from the Tipperary Gathering journeyed to Manchester to highlight all that Tipperary Town has to offer.

At the beginning of March members of the Tipperary IRD Chamber of Commerce and a voluntary team from the Tipperary Gathering journeyed to Manchester to highlight all that Tipperary Town has to offer.

The trip was hugely successful and centred around an exhibition and a free traditional Irish concert at the Irish World Heritage Centre in Cheetham Hill.

The main purpose of the trip was to raise awareness of the Gathering in Tipperary and to encourage ex-pats to make the trip home for the wonderful ten day Festival from July 4 to 14.

Manchester was chosen because of its strong connection with Stalybridge, a borough in Manchester, where Jack Judge composed the song, ‘It’s a long way to Tipperary’ in 1912 and Tipperary town. Tipperary has developed strong links with the Stalybridge Band who will travel to Ireland again this July to perform in the Tipperary Festival.

“Another very important reason we chose Manchester is the high number of Tipperary people that have emigrated there over the years from the 18th century, right through to the present day. We felt by making a similar journey with some of our team travelling by boat, train and aeroplane that we were following their path with an invitation home to Tipperary during our Gathering Festival.

“Given the size of Manchester, with over 6 million people and approx 30% of Irish descent, (a look in the phone book shows Ryans, O’Connors, O’Briens and McCarthys in abundance), we wanted to let them see that Tipperary really is not a long way... a 50-minute flight to Shannon and you’re home. There has never been so much support and enthusiasm in Tipperary for the Festival, both the vintage theme and the churn racing have gathered their own momentum and we can guarantee visitors a wonderful time,” said Elaine.

At the reunion, Tipperary products including Tipperary Co-op award winning Emmental Cheese, The Apple Farm, (Cahir) non-alcoholic apple juices and chocolate biscuit cake from the Tipperary Kitchen were sampled by the large turnout.

One of the highlights of the trip was a churn-racing exhibition by Michael Ryan (Doe) in downtown Manchester that delighted onlookers. Chairman of Manchester Irish Festival Kevin Fitzpatrick even tried his hand at the churn racing and was most welcoming to the Irish contingent. Many relatives and friends were met and pledged to return home for this year’s ‘It’s a long way to Tipperary Festival’.

Great publicity was gained for Tipperary with coverage by the Manchester Post Newspaper and filming with Irish TV.ie.

Footage of, ‘Tipperary in Manchester’ will be broadcast on SKY channel 191 on Thursday, March 28 at 9pm and repeated on Sunday, March 31 at 7pm and again on Monday, April 1 at 6pm.

(Also available to view on FREESAT 400 or on www.irishtv.ie.)

The programme on Tipperary will also be broadcast in America on the Today’s Ireland Channel to 38million homes.

Festival chairperson Elaine Fitzpatrick extended a big thank you to the volunteers who travelled to Manchester; Pride of Tipperary Aoife O’Meara, Sharon O’Dwyer, Stevie O’Donnell, Michael Ryan, Mary Behan, Billy Bresnan,  Margaret Coskeran, Michelle Guerin and to the talented musicians Eddie Costello, Ailbe Grace, Carol O’Donovan, Jim Keane and Liam Carey for giving of their time so generously and for their wonderful performances on the night.”

The festival committee invites all interested groups or individuals to participate in what promises to be a real fun event and enquires can be made to TIRD Chamber of Commerce office 3 James Street Tel 062-31244 or e-mail tirdoffice@eircom.net