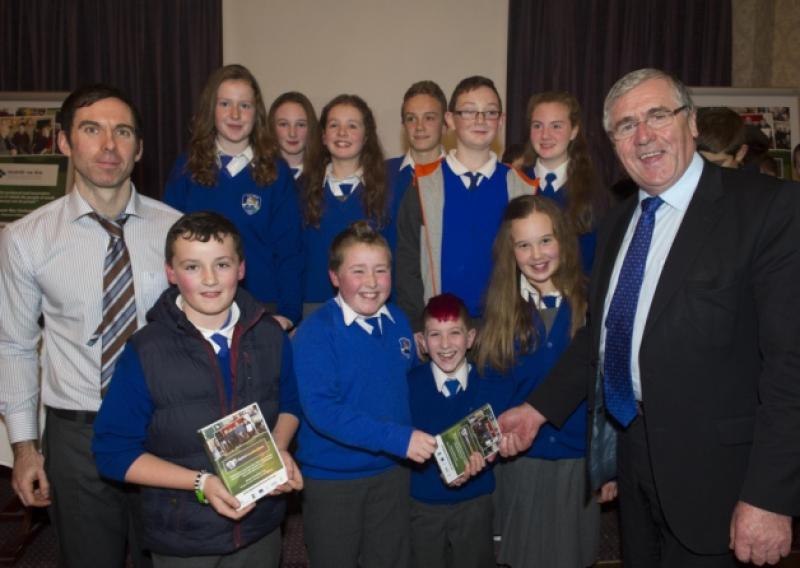 Minister of State at the Department of Agriculture, Food and the Marine Tom Hayes launched the Digital Recollections Project on December 10 in Cahir House Hotel.

Minister of State at the Department of Agriculture, Food and the Marine Tom Hayes launched the Digital Recollections Project on December 10 in Cahir House Hotel.

The Minister praised the endeavours of Muintir na Tire, the national school children, teachers and interviewees in producing a superbly produced and innovative online resource of which the people of South Tipperary can be proud.

He said that recording and preserving reminiscences of this kind is a rewarding community exercise and it will prove a valuable social and historical resource for future generations. The Minister believed that it serves as a model for other communities throughout Ireland.

Mr John O’ Gorman, assistant librarian with Tipperary Studies in Thurles, outlined the 1937 South Tipperary Folklore Collection. The Irish Folklore Commission, in collaboration with the Department of Education and the Irish National Teachers’ Organisation, initiated a revolutionary scheme in which schoolchildren were encouraged to collect and document folklore and local history.

Mr. O’Gorman revealed that 109 schools participated in the Folklore study in South Tipperary and in excess of 10,000 pages of material were recorded. This information is preserved in the archive in the Thurles Library.

Traditions and cultures are in danger of disappearing unless being documented. By educating national school children this project would help preserve the cultures and traditions which reside in their communities.

The project would be socially inclusive as national school children would be learning the heritage of their areas from their peers while both the school children and the elderly are familiarising themselves with modern technology.

It will prove a valuable social and historical resource for future generations and it will serve as a model for other communities throughout Ireland.

Each of the 12 schools involved received digital equipment consisting of a camcorder, digital camera, voice recorder and other digital accessories which they kept on completion of the project. The funding for the Digital Recollections Project was awarded by South Tipperary Development Company through the Rural Development Programme.

Mr O’ Brien then showed a DVD which was a compilation of some of the interviews conducted by the schools. The topics discussed on the DVD included local history and monuments, folktales and legends, songs, customs and beliefs, games and pastimes, traditional work practices and food.

In all, 109 interviews were conducted and in excess of 180 hours of footage were recorded, the schools recorded material was subsequently edited and uploaded onto the website www.digitalrecollections2013.com.

Sadly, Mr John Knightly, a former principal of St. John the Baptist Boys School and one of the interviewees who participated in the project, passed away in June.

Minister for Arts, Heritage and Gaeltacht Jimmy Deenihan who was unable to attend on the night paid tribute to the project:

“This project taps into the vital vein of living rich local history that makes us, as a nation, who and what we are.  The preservation of this sense of identity and vibrancy for future generations is made so much greater by the fact that those preserving it are children.”

Mr O’ Brien finished by congratulating the teachers, interviewees and children on producing such a wonderful resource and hoped that they found recording and preserving the reminiscences a rewarding exercise.