A famous son of Rare Clonmel is remembered 300 years later 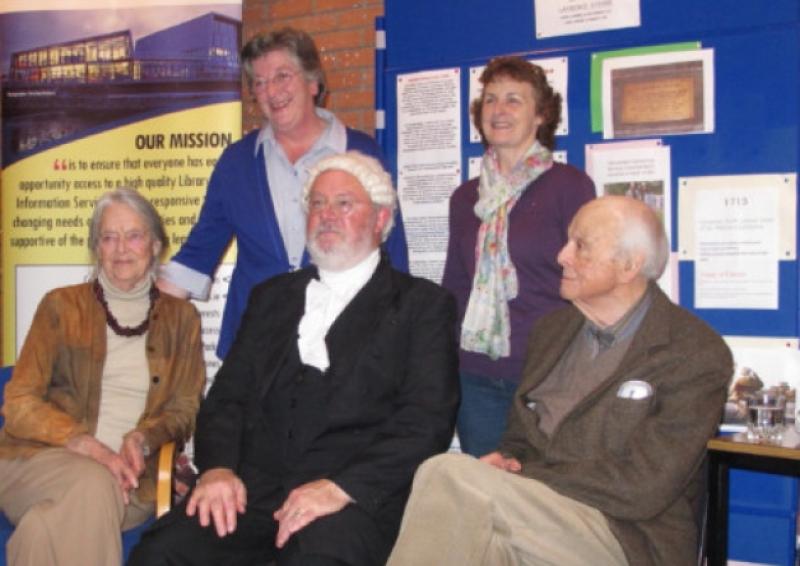 The tercentenary of novelist Laurence Sterne’s birth at the end of November earned little or no mention nationally.

The tercentenary of novelist Laurence Sterne’s birth at the end of November earned little or no mention nationally.

However Sterne’s anniversary wasn’t ignored in Clonmel, the town of his birth.

A presentation of a set of second edition Sterne novels was made to the library in Clonmel by Mr. and Mrs. William Roth from the United States.

The Roth family have a long standing association with South Tipperary and their generosity in presenting these volumes to the local library was a very significant gesture, and acknowledged as such by librarian Marie Boland.

On the same occasion Marie Boland was also delighted to receive a framed print of Sterne from the Clonmel Liberal Arts Society.

This was presented on behalf of the group by Peter Kieran in the guise of Pastor Yorick, one of Sterne’s characters.

Sterne’s Clonmel roots are well represented in the town. The very clever sculpture on the Quay opposite the offices of TD Mattie McGrath made a welcome return after the flood relief works.

The installation comprises four individual columns of stone that stand on their own right. Each piece also has a bronze plaque on top and when viewed through a specially-designed hole the plaques align to form an image of Sterne’s face.

The sculpture was installed in 2004 but was damaged in 2008 during the first phase of the Flood Relief Scheme. It was taken away to the County Museum for safe keeping until it was restored. Also, on the Hickey’s Bakery side of the West Gate there is an excellent stone carving of Sterne.

Laurence Sterne was born on November 24 1713 to Agnes and Roger Sterne, when Roger was an army ensign (or second lieutenant) stationed in Clonmel. Their stay in Clonmel lasted only a few months when the family were moved to the next army posting.

Sterne’s most famous novel, The Life and Opinions of Tristram Shandy, Gentleman (which influenced Joyce and Beckett) was published in 1760 and is at number 6 in The Guardian’s current list of 100 best novels.