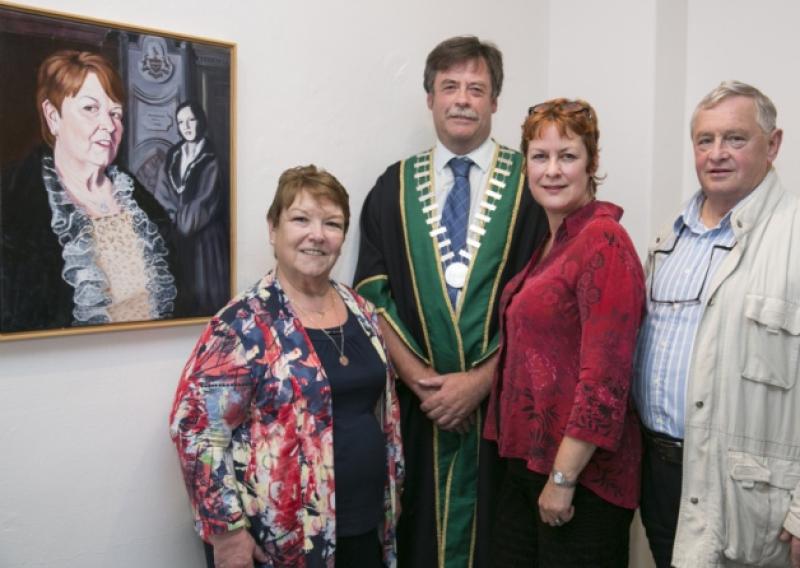 The portraits of several well-known local people were included in Claire Lambe’s Home Town exhibition, which was on display at the South Tipperary Arts Centre in Nelson Street, Clonmel during August.

The portraits of several well-known local people were included in Claire Lambe’s Home Town exhibition, which was on display at the South Tipperary Arts Centre in Nelson Street, Clonmel during August.

Earlier this year she sent out a call via The Nationalist and social media for people to send her photographs for the portrait project, one half of which features Clonmel residents while the other half features portraits of people living in Woodstock, where she is artist-in-residence at the library.

The daughter of the late Clare and Paddy Lambe (who owned a menswear shop in O’Connell Street, Clonmel on the site of the Allen’s store), Claire is married to author and playwright Carey Harrison, the son of actors Rex Harrison and Lilli Palmer. On the same evening as the exhibition launch in Clonmel Carey regaled a large gathering at the Arts Centre with stories from his childhood among the stars of Hollywood’s golden age and friends of his father who included Elizabeth Taylor, Greta Garbo and Noel Coward.

Was this the first time you returned to Clonmel with an exhibition?

Yes. The last time I showed work here was with STAG (South Tipperary Art Group) when I was a teenager.

How long have you lived in Woodstock?

I moved there in 2001. Coincidentally it was just after 9/11 so people tend to think we moved because of 9/11 but we were already in train to relocate. We moved from Dublin to Brooklyn in 1996 when Carey was offered a professorship at Brooklyn College, which is part of the City University of New York. Originally that was a five-year plan!

What was it like coming back to Clonmel to display your art?

It was an amazing experience and I am hugely grateful to Maureen (Purcell, the Arts Centre’s artistic director) for making it happen in the first place and for the support of the centre’s chairman John Fahey and Emoke, the new manager; they gave me a fabulous welcome. But I didn’t have great expectations at all - I was thinking there would be a modest crowd at the launch as I have been gone a long time. Instead the gallery was packed - so many old friends came out to support the show that it was kind of overwhelming. It was also really interesting, and strange, to meet the subjects of the paintings for the first time. I spent many hours with each of them in the studio so when they arrived at the gallery it felt like I was seeing people I knew quite well, but to them I was a complete stranger.

I am also grateful for the opportunity to remind people of our first Lady Mayor, Patricia O’Sullivan (née Keeley) via the portrait of her for the South Tipperary County Museum. At 19 years old when elected, she was and still is the youngest mayor to have served in a town in Ireland, in 1975/76.

You must have been pleased with the great reaction to the exhibition and the fact that visitor numbers were so large ?

I am thrilled. More often than not the subjects of portraits tend to be the wealthy, the famous or dignitaries of one stripe or another, and a large part of the point of this project was to democratise the portrait genre, so the fact that so many people, over and above the subjects and their families, came to see the exhibition meant that, for me, the project greatly exceeded my expectations.

Have you plans for any more exhibitions or projects on this side of the Atlantic?

I don’t have a concrete plan right now but Carey and I will be in Berlin for the academic year of 2016/17 - he has a fellowship there to work on a novel and I will be painting, so I am hoping to make some new connections then and explore art residency options in Europe. And I will be very happy to have Ireland more accessible for a while as I would love to reconnect more with the art scene here in Ireland. 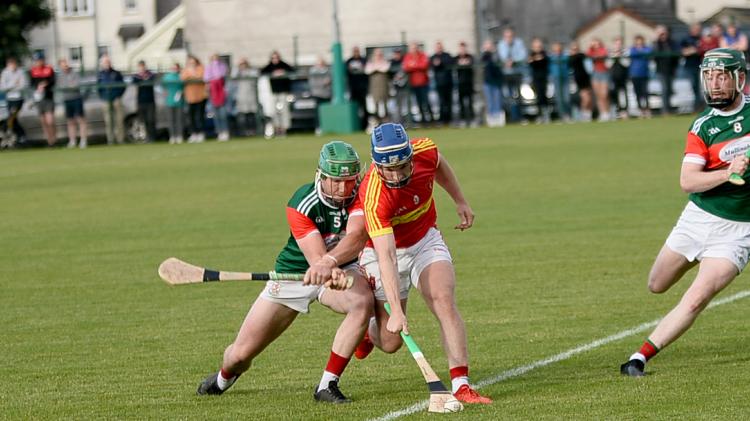