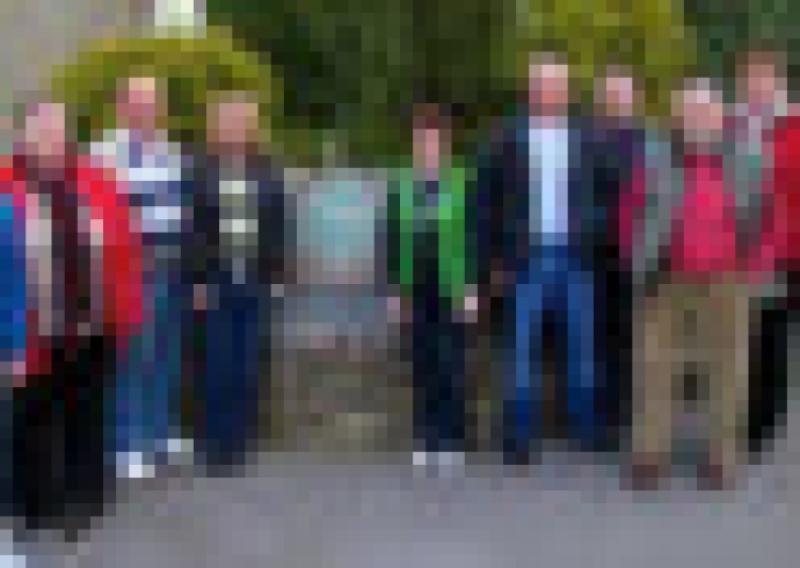 The objective was to save 8% electricity in their homes. In 2009 they saved 4% and each year they have progressed rapidly in their savings with a winning 37% energy saved.

“We were thrilled to win in Ireland and are so looking forward to going to Brussels on June 28, to the European Award Ceremony which is sponsored by South Tipperary Energy Agency. We will use the €1000 prize money on creating awareness amongst the wider community on how we can all save together,” said Sharon Heffernan (Emly Tidy Towns).

Energy consumption was calculated by entering a year meter reading for a reference period. E.G. May 2010 and May 2011 then from December 2011 to March 2012. The meter readings were entered on the website every two weeks and again for the following week.

Emly Tidy Towns and the wider community took part in energy saving workshops giving tips on how to can reduce and prevent waste facilitated by Vincent Carragher from South Tipperary Energy Agency. “Last year Vincent arranged an electric car to be brought to Emly which the community at large had a chance to test drive and we also had a lot of information available on the day for the general community,” said Sharon. “It was through simple tactics that we saved 37% electricity over the two years, small steps like only having the light on in the room you are in, turning off appliances from standby, not overfilling the kettle, not using the dryer and drying clothes naturally, not using the dishwasher if you have hot water in your tap and shopping local to cut down on the miles being wasted bringing food to our table.”

Emly Tidy Towns and the wider community would like to say well done to everyone for taking part and thank you to the South Tipperary Energy Agency. If you would like more information contact Vincent/Francoise on 0527443090 or email vcarragher@tea.ie