Sauce family from Maryland blend in perfectly in Fethard 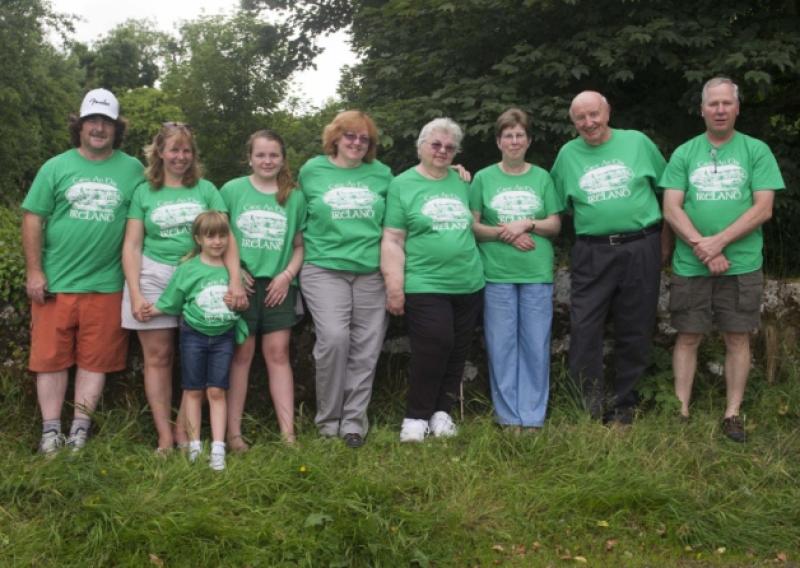 When Jim Sause and his daughter Kathy from Maryland, USA, began to research their family history some years ago they hardly realised that one day it would lead them to Tipperary.

When Jim Sause and his daughter Kathy from Maryland, USA, began to research their family history some years ago they hardly realised that one day it would lead them to Tipperary.

The name Sause/Sauce gave little clues to its origins and didn’t have the Irish ring of a Murphy, Kelly or Ryan.

Yet Jim and Kathy persisted and slowly uncovered a treasure trove of ancestral lore deep in the heartland of Mullinahone and Fethard. Jim’s great-great-grandfather, Richard Sause, left Ballyduggan, Mullinahone, with two of his sons in 1849, his wife Mary and the remaining children joined him the following year.

Five years ago Jim and two of his daughters made their first trip to Ireland and were deeply touched by the welcome they received at Crocanoir in Mullinahone. A warm friendship developed between the Sauces and the Berminghams and over time the two families discovered a unique connection with their families histories. In the recently revealed Down Survey James Sause is listed as owner of property in Saucestown, Fethard, and Richard Bermingham is a landowner in nearby Ballyhomuck.

Jim Sause had a dream to return one day to the place of his forefathers and this time to bring not only more of his own family but to invite other Sause history researchers who until now have only met on the web. The visit to Saucestown in Fethard and a walk in the footsteps of their forefathers along the bridge that bears their name, was followed with a stroll by Fethard’s town wall – history resonating along every step of the way.

The old Sause homestead has also been found. Kathy and Jim could scarcely dream that not only would they find where they came from – they would also have Mullinahone man, Tony Nolan, a long lost cousin to welcome them.