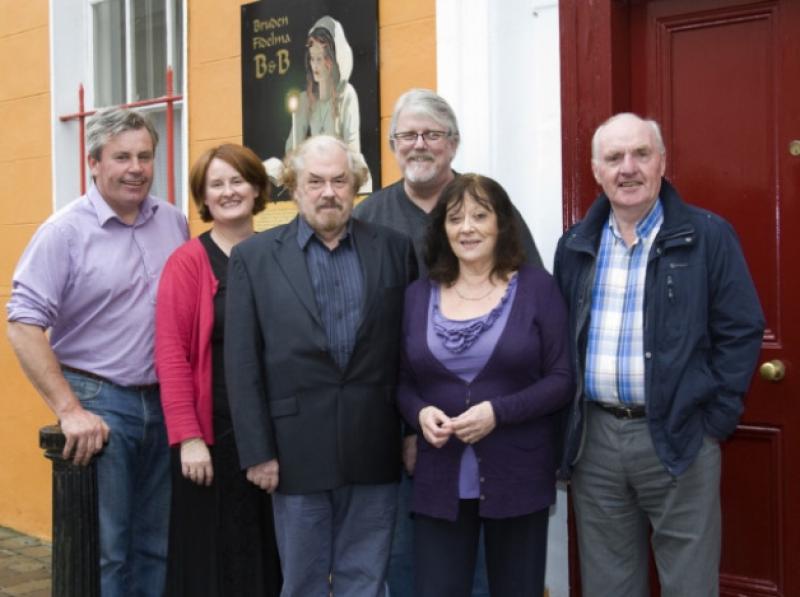 he Devil’s Seal - the 25th novel in the Sr. Fidelma series of crime mysteries - is being published just in time for this year’s 5th bi-annual Féile Fidelma Convention to be held in the Cashel Palace Hotel, Cashel, from Friday 12th to Sunday 14th September.

he Devil’s Seal - the 25th novel in the Sr. Fidelma series of crime mysteries - is being published just in time for this year’s 5th bi-annual Féile Fidelma Convention to be held in the Cashel Palace Hotel, Cashel, from Friday 12th to Sunday 14th September.

The first of the series by author Peter Tremayne (aka Peter Beresford Berresford Ellis) Absolution By Murder was published in 1994 and the series is based in 7th century Ireland when Colgú reigned as King of Munster from The Rock of Cashel. Sr. Fidelma is the sister of Colgú and is an Irish religieuse - a trained advocate of the ancient Irish law system of the time, the Brehon laws – the heroine sleuth who is the central character together with her partner, Eadulf from the South Hams. She travels on horseback throughout Ireland and abroad, particularly in the Munster area solving murders.

Cashel Arts Festival Féile Fidelma committee are delighted to be afforded the opportunity of organising and hosting once again this year’s gathering. Already, fans from countries around the world including Argentina, Australia, America, Belgium, Italy, the U.K., Germany and Ireland have booked their places. The guest speaker at the opening will be Minister Alan Kelly from North Tipperary, speaking at 7.30pm Friday 12th. The programme of events has a broad appeal and include talks on ‘Horses in Fidelma’s Day’ by Noel Mullins, ‘What was in Sister Fidelma’s Liber Hymnorum by Dr. Ann Buckley, Food in Fidelma’s Time by Regina Sexton, The Eóghanacht: Fidelma’s Family by Professor Padraig O’Rian. The programme also includes a visit to Coolmore Stud Farm as well as entertainment each night. A writing competition encourages readers to write a 300 word review of the novel ‘Prayer for the Damned’. Closing date for entries is Monday lst September, and entries can be forwarded to The Secretary, Cashel Arts Festival, Feile Fidelma, c/0 Cashel Heritage and Development Trust, Town Hall, Main Street, Cashel or by email to seamusjking@gmail.com. www.cashelartsfest.com.