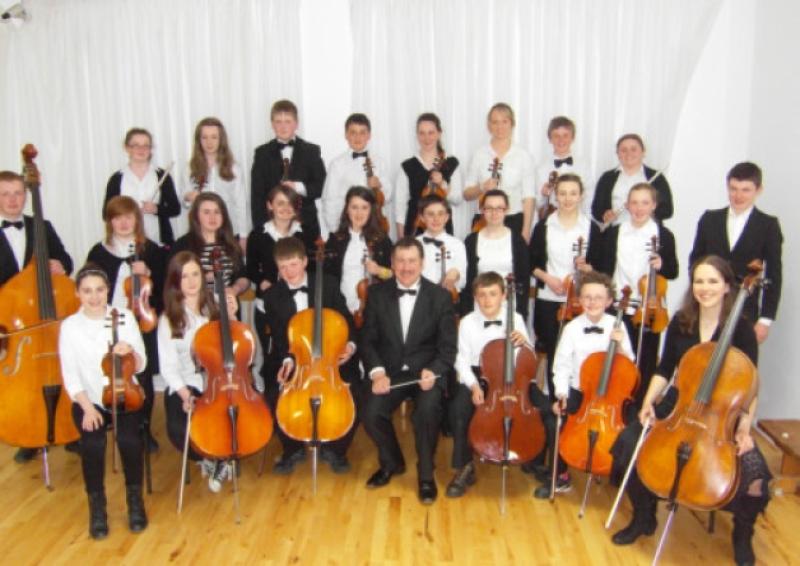 Celebrating the End of Season with a stunning performance at a Summer Recital hosted by the Ryan School of Music in the Excel Art Centre recently, was the County Tipperary Ryan Youth Orchestra.

Celebrating the End of Season with a stunning performance at a Summer Recital hosted by the Ryan School of Music in the Excel Art Centre recently, was the County Tipperary Ryan Youth Orchestra.

The Orchestra (CTRYO), which had completed six performances and had gone on tour abroad during the season, is based in Tipperary Town where it rehearses once every week under the direction of Michael John Ryan. Its members come from all over County Tipperary and from the neighbouring counties of Limerick and Cork.

Taking part in the orchestra at Sunday’s concert were the Leader Brid Og Dwyer, Caoimhe Clancy, Grainne Cole, Aine Dargan, Liam Hennessy, Rachel Flynn, Ashling Cole, Aileen Dooley, Michael Jenkins, John O’Connor, Charlotte O’Donoghue, Heather O’Dwyer, Aine O’Carroll, James Ryan, Richie O’Carroll, Sinead O’Carroll, Hannah O’Sullivan, Laura McLaughlan, Maeve Mulhall, Ciaran Healy, Martin Dillon and Sean O’Dwyer. In addition to the musical delights of the CTRYO, the concert also included a feast of music from the young and talented members of the Ryan School of Music Junior Orchestra and from members of the RSM Junior Strings. Special Guest Musician was Cello Soloist Livia Nagy from Hungary whose ‘Gigue from Bach’s Suite in C Major’ and ‘The Swan’ from Carnival of the Animals, treated the audience to a rare taste of musical virtuosity, followed by a duo arrangement with Conductor/ violinist Michael John of the stately ‘Air on a G String’ by Bach, which was superb. Piano solos were performed by senior students Martin Dillon and Richie O’Carroll and a junior student, Sinead O’Donnell performed a violin solo.

All members of the CTRYO received awards in appreciation of their services to the orchestra throughout the year. Certificates were presented to the RSM Junior orchestra and the Junior Strings Group while thirteen years old violinist Martin Dillon received the prestigious CTRYO

Member of the Year Award.

It was a delightful concert, enjoyed by all and concluded with the combined orchestras playing Beethoven’s Ode to Joy bringing an end to another successful season. The next season will begin in September. For conditions and details of membership, contact: CTRYO, 20 Bank Place, Tipperary.