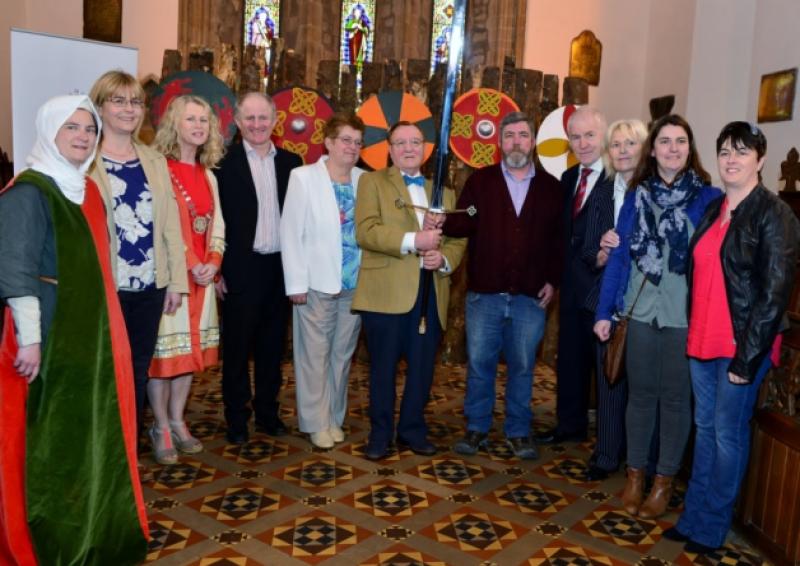 Historic sites relating to the life and times of Brian Ború are being promoted in a new tourist trail marking the 1,000th anniversary of the death of the last High King of Ireland.

Historic sites relating to the life and times of Brian Ború are being promoted in a new tourist trail marking the 1,000th anniversary of the death of the last High King of Ireland.

The National Brian Ború Trail was launched by Jimmy Deenihan, Minister for Arts, Heritage and the Gaeltacht, in St Flannan’s Cathedral, Killaloe. The event, which was hosted by Clare County Council in association with Killaloe Ballina 2014, was attended by National Brian Ború Programme representatives from Armagh, Clare, Dublin and Tipperary. Tipperary was represented by Cashel Town Mayor Joe Moloney; Mayor of Tipperary South Jimmy O’Brien, and deputy Mayor of Tipperary North Virginia O’Dowd.

The newly launched trail features information on the important sites and buildings associated with Ború including Kincora where he was born, and Clontarf, where he was killed following his victory over the Viking rulers of Dublin in 1014. Other sites of interest include St Patrick’s Cathedral in the City of Armagh where Ború is buried; the Rock of Cashel where he was crowned High King of Ireland, and Lough Derg and the River Shannon where his navy was located.

Speaking in Killaloe, Minister Deenihan said the launch of the Brian Ború Trail complemented a comprehensive nationwide programme of commemorative festivals and events taking place during 2014.

The Minister continued: “Brian Ború’s influence on Ireland’s political landscape is well known, but his legacy is also evident throughout the physical landscape of the island with dozens of buildings linked to his fascinating story and that of his ancestors. For the first time, this national trail promotes some of the buildings and sites most associated with Ború which I believe will help to promote tourism in the areas concerned and will also help to further promote the story of an individual who is an indelible part of this island’s rich history.”