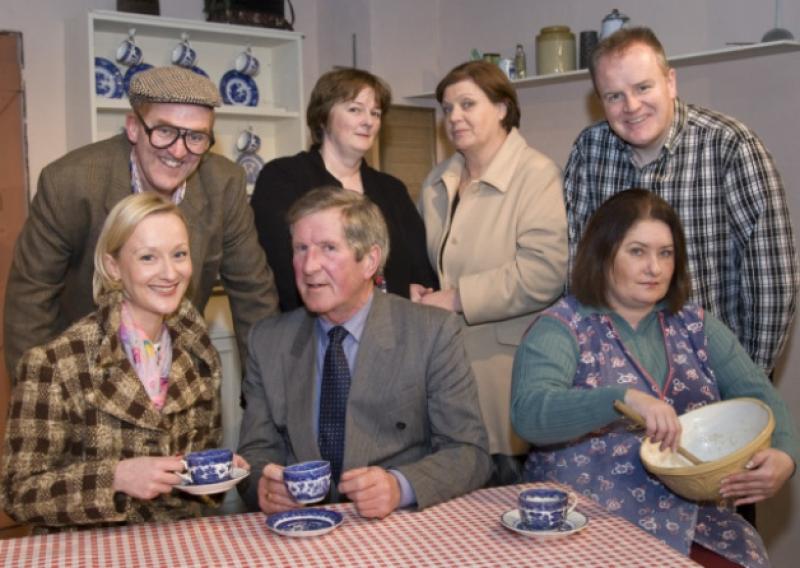 The Rosegreen Players are currently in rehearsal for their forthcoming production of Tommy Marren’s hilarious comedy.

The Rosegreen Players are currently in rehearsal for their forthcoming production of Tommy Marren’s hilarious comedy.

It’s the Real McCoy is set in Madge Molloy’s kitchen on the eve and morning of Mayday, 1964. The production will be staged at the Rosegreen Community Hall on the forthcoming Thursday January 22, Friday 23rd, Saturday 24th and Sunday, January 25th. Performances begin at 8pm and booking is advisable. Tickets are available from O’Dwyer’s Pharmacy, Main Street, Cashel, or can be booked with Pat Cummins at 087 2204034. It’s the Real McCoy follows the story of Madge Molloy whose husband of four months, Tom Molloy, disappeared mysteriously from her life 43 years earlier, leaving her to eke out a living from their small farm, and to rear their only daughter, Maura.