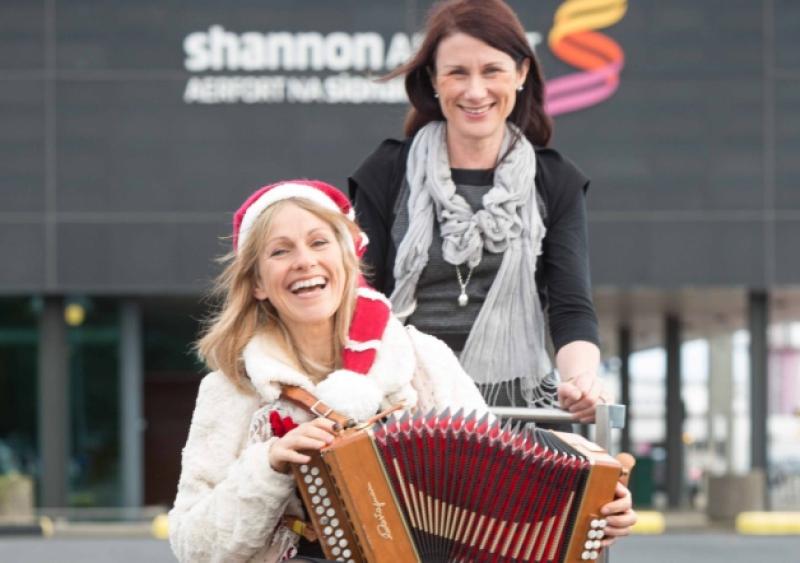 Tickets for this Christmas celebration are available from the Shannon Airport information desk and the Tipp FM studios in both Nenagh and Clonmel.

The line-up for this unique event will also include Galway’s Don Stiffe and Roscommon act Vinegar Bill, but Sharon Shannon, the ‘first lady’ of Irish traditional music, will headline for Shannon Airport’s annual ‘thank-you’ event to the region for its support during the year.

The event, which is free to the public, will see the hugely popular and gifted instrumentalist, who has internationalised accordion playing like no other over the past twenty years, deliver her electric set to eight hundred-plus guests.

Shannon will be accompanied by Alan O’Connor - a multi-instrumentalist who plays percussion, guitar, piano and also sings - and the duo will perform all her hits, including ‘Galway Girl’, ‘Blackbird’, ‘Coridinio’ as well as new material and a selection from her back catalogue. Twelve months ago Shannon’s brother Garry took to the same stage with the Kilfenora Ceili band at the 2012 airport celebration which also thrilled a packed audience.

Sharon, winner of the Lifetime Achievement award at the Meteor Music Awards, herself recently launched her 21st anniversary collection, ‘The Definitive Sharon Shannon’, and has just completed hugely successful US and UK tours.

Looking ahead to the concert Shannon said: “I know from talking to my brother Garry about last year’s event that it is really a special night at the airport. We all have a great affinity with Shannon and I couldn’t even begin to count the number of times I’ve flown from there”.

Meanwhile Shannon Airport Director Mary Considine predicted a special night at the event: “Every year we have tens of thousands of Tipperary passengers flying through Shannon and their custom is very much appreciated. This is our way of saying thank-you to them”.