Students to stage 'Fiddler on the Roof' 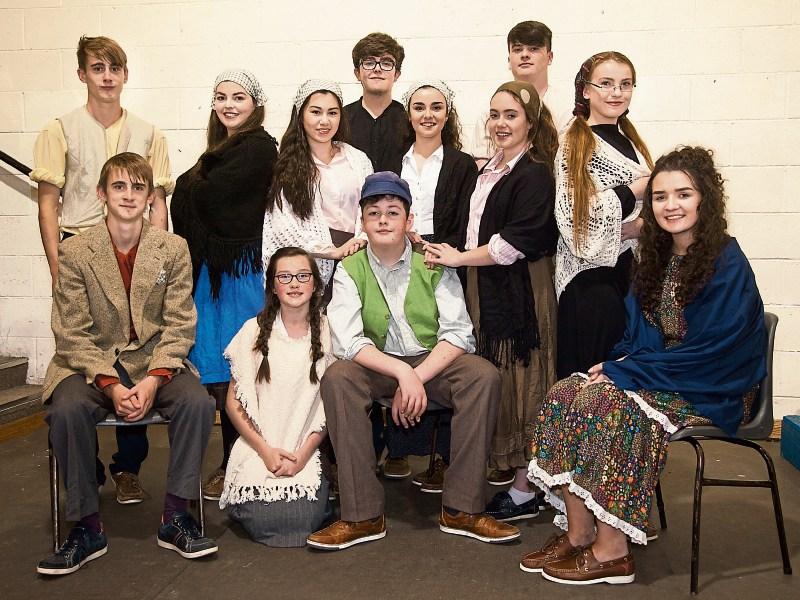 Following on from the hugely successful 'All Shook Up' last year Cashel Community School is happy to announce that the musical for this year is going to be Fiddler on the Roof.

With music by Jerry Bock, lyrics by Sheldon Harnick, and book by Joseph Stein it is set in Imperial Russia in 1905.

The show chronicles the reality of the life led by Tevye – a Jew in Tsarist Russia. He and his wife are parents to five daughters.

The narrative is driven by a desire to respect his heritage and ensure good marriages for his daughters; all while living under the Tsar’s edict that all the Jews must be evicted from the village.In Tevye, Richie Crowe has surely found a role he will relish. Already his rendition of “If I were a rich man” is compelling. Playing the role of Tevye’s long suffering wife Golde is Maria Magner, a veteran of many CCS productions. The irrepressible daughters are Rachel O’ Keeffe, Orla Purcell and Maeve Yee.

As they entreat the matchmaker, Rachel O’ Carroll, to “make me a match” the audience will marvel at their musicality and stage presence. All three have thrilled in previous productions. The original Broadway production of the show, which opened in 1964, had the first musical theatre run in history to surpass 3,000 performances.

Fiddler held the record for the longest-running Broadway musical for almost 10 years until Grease surpassed its run. It remains Broadway's 16th longest-running show in history. The production was extraordinarily profitable and highly acclaimed. It won nine Tony Awards, including Best Musical, score, book, direction and choreography. It spawned five Broadway revivals and a highly successful 1971 film adaptation, and the show has enjoyed enduring international popularity. The show runs from Wednesday 26th to Saturday 29th October inclusive in the School Hall. We look forward to welcoming you to what will be a truly memorable evening. Families may wish to avail of our special concession ‘Family Ticket’ (2 adults &up to 3 children) for €50 on Wednesday 26th and Thursday 27th. Individual tickets are priced at €15 and as ever the School Office will double as the Box Office on 062 – 61167.