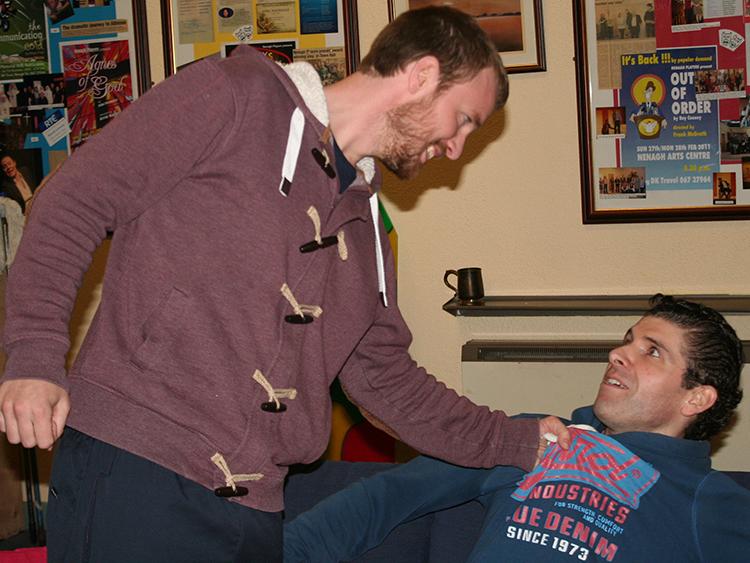 Pictured during rehearsals for the Nenagh Players’ upcoming production of ‘Don't Dress for Dinner’ are Kevin Prout and Patrick Rohan.

The Nenagh Players will present the hilarious comedy 'Don't Dress for Dinner' (written by Marc Camoletti and directed by Kevin Walshe) from Wednesday, November 9th to Sunday, November 13th (8.30pm nightly) at the Nenagh Arts Centre.

The play begins with a couple Bernard (Kevin Prout) and Jacqueline (Jenny Bracken-McDonnell) having a chat about an up-coming weekend which they will spend apart - Bernard tells Jacqueline that his old friend Robert (Patrick Rohan) is back in town and will be spending the weekend with him. Unbeknownst to him, Jacqueline has been having an affair with Robert. Added to that intoxicating mix is Suzanne the model (Carolyn Bracken), Suzette the cook (played by Niamh Hogan) and George who is Suzanne's husband (Peter Thornton). Let's just say that an evening of hilarious confusion ensues!

To book tickets for the up-coming production of 'Don't Dress for Dinner' (November 10-13th) please contact the Nenagh Arts Centre on 067 34400.