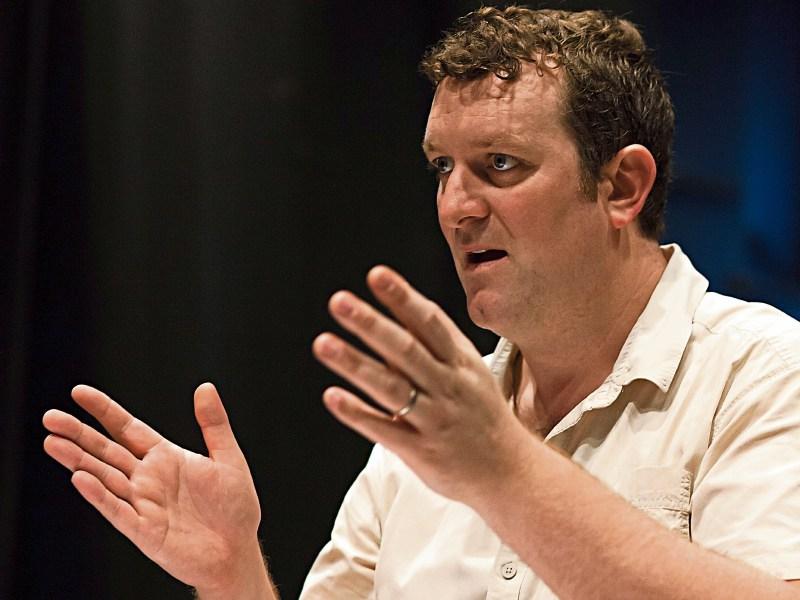 "You can dream about taking a play abroad but every penny goes into making it work at home first and getting it around the regional theatres," explains director Andrew Flynn of Decadent Theatre company who is midway through a revival tour of Martin McDonagh's play The Pillowman.

Back by popular demand, the McDonagh production was first debuted by Decadent Theatre in 2015, touring across four cities over ten weeks.

“It was a very strong production and a lot of venues were asking to see it so we're stopping off in places that weren't on the run schedule last time,” explains Andrew who has the play running until mid November as well as a two week stint in the Gaiety this January.

“I had a great teacher in school by the way of Jim Minogue who introduced me to drama and that's where I first got my love of it. I think it's because of him that I went into this,” adds the director who at 18 set up his own youth theatre group.

“I went on and became heavily involved with the Nenagh Players who are a brilliant outfit. At the time it was very hard to know how to become a director but I went off and volunteered and worked as an intern and learned an awful lot in that period."

Andrew spent his early twenties learning the ropes at the likes of Druid Theatre in Galway and later cut his teeth as Assistant Director to Garry Hynes while setting up his own theatre company Decadent Theatre with two college friends - one of whom is fellow Nenagh man Carl Kennedy who oversee's all of Decadent's music as composer and sound designer.

It was also during his time in Galway that Andrew first met fellow theatre enthusiast McDonagh who has since become a collaborator when it comes to bringing his plays to the Irish audience.

“I had just started as an intern and Martin's first play was being staged at the Druid at the same time so we kept in touch along the way,” says Andrew who has since clocked up a total of four roles as director of McDonagh's other plays.

“The Pillowman is a dark but funny play and has some very interesting characters along with a strong story so it's a great night in the theatre. McDonagh has a wicked sense of humor so you find yourself laughing at things you probably shouldn't.”

“For the first run, Martin would have been involved in the casting, rehearsals and he gave notes at a preview but other than that he's very generous in allowing you your own expression and mark. He's collaborative and that's why he's so good. People love to work with him because he doesn't say this is how it was done the first time, he's open to examination and exploration.”

“This production is different to the first staging because we have new actors who bring their own twist to something. No two plays can ever be exactly the same,” he adds.

Don’t miss The Pillowman at Lime Tree Theatre, from Friday 4th – Saturday 5th November, at 8pm. Tickets available from www.limetreetheatre.ie or from the Box office, 061 953 400.