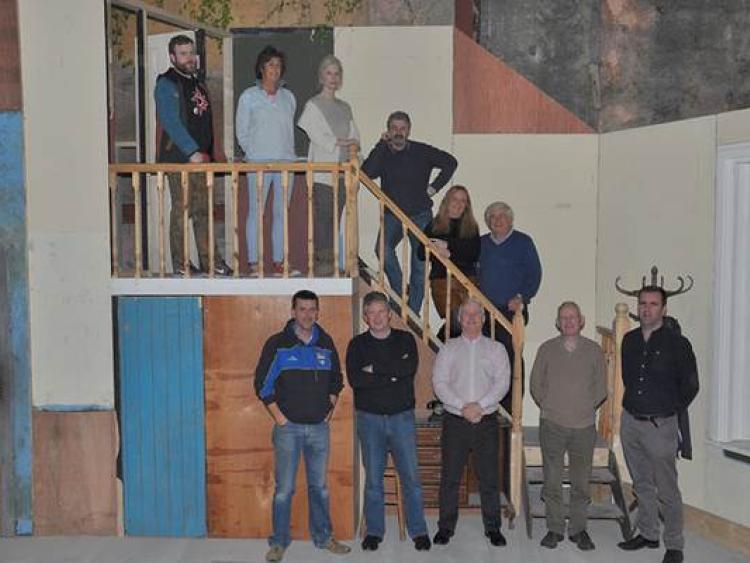 Arsenic and Old Lace, a classic American comedy written by Joseph Kesselring will be staged by Thurles Drama Group from Monday November 14th until Saturday November 19th in the Source Arts Centre.

Sisters Martha and Abby Brewster are two sweet little old ladies with a sinister secret: they poison lonely old men who come to stay with them and bury them in the cellar, in a manner befitting whichever church they belonged to. They look after their nephew Teddy, who believes he is President Teddy Roosevelt, and are often visited by Teddy's brother, the famous theatre critic Mortimer Brewster. The third brother, Jonathan, hasn't been seen for years, but the chaos begins when Mortimer finds out about his aunts' little hobby, and builds up even further when Jonathan returns on the run from the police with a new face and the surgeon, Dr Einstein, who gave it to him.

The play goes further and further beyond believability as the action gets out of control, which only makes it funnier. The sisters' matter-of-fact attitude to the things that Mortimer finds shocking, the running gag of Jonathan's resemblance to Boris Karloff (who played the part in an early production) and a superb opening to the last scene as O'Hara gets to the end of his great film plot are all great moments of comedy.

The drama group’s annual autumn production also introduces some fine new talent to the group. Anne Strahan who plays the part of Martha Brewster makes her acting debut though she has been involved in stage work with the group for a couple of years. Anne is really excited about performing and a little apprehensive too! Other less well known members of the cast include Lorcan Lyons, Sinead McGettrick, Paul Flanagan and Michael Healy who has performed with Loughmore Drama Group on many occasions. Tommy Kennedy who hasn’t been with the group for a while makes a welcome return as reverend Harper. Tommy has a great stage presence and many will remember his great performances in Whistle in the Dark by Tom Murphy and The Enemy Within by Brian Friel.
All the ingredients then for a classic night of comedy in The Source. This year is also a special year for Thurles Drama Group as they celebrate their 50th anniversary in 2017. As a result our opening night cheese and wine will be for the drama group itself as they try to raise funds to finish work on their premises in Friar Street. The group hope that patrons will support this cause as owning their own rehearsal centre has been a long standing wish for its members. In the meantime tickets (€20) can be purchased from any member of the group.