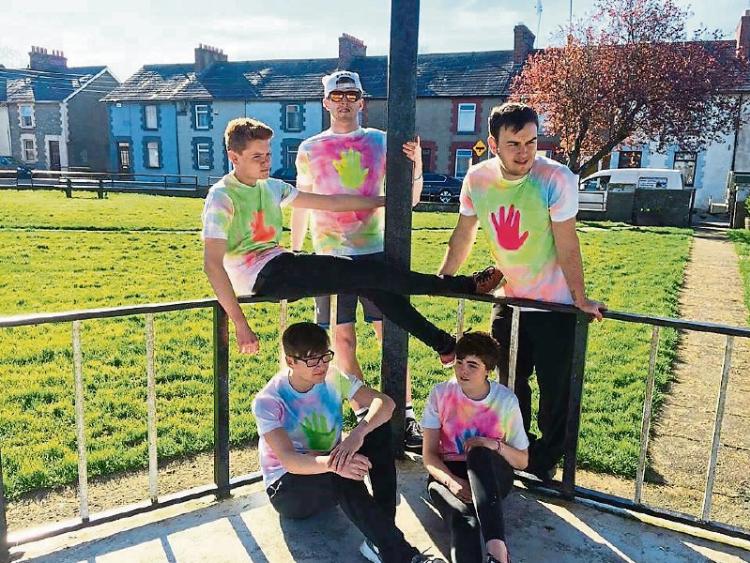 The Silhouettes are the exciting young prospects representing County Tipperary in this years Irish Youth Music Awards, which are being held in the Aviva Stadium, on Saturday 22nd April.  This year being the competitions 10th year, Tipperary are serious hopefuls to bring home the grand prize at this landmark musical event.

The band itself is comprised of 5 local artists, Leonie Keating O'Connor on vocals, Tony Byrnes on bass, Peter Burke on drums, Conor Slater on rhythm guitar and Colm Burke on lead guitar.  At the event the band will be performing a song written by Rachel Fogarty who is the 6th member of the team.

The journey to the Aviva has been a short one for the Silhouettes, having flown through the County Tipperary Regional Qualifier.   They were recently interviewed on local radio station Tipperary Mid West radio, where they also gave listeners an opportunity to hear the two songs they will perform at the finals; the band's own composition, “Reprisal” and this years hopeful for a best song award in Dublin, “Quicksand” written by Rachel.

The progress and fun the team has had wouldn’t have been possible without the help and encouragement of Donna MacCarthy Walsh who is youth worker with Youth Work Ireland, Tipperary.  Donna and the organisation provided the bedrock for many practice sessions, a few performances and loads of laughs and smiles.  The band will be hoping for more smiles following the results on the 22nd April in the Aviva Stadium.