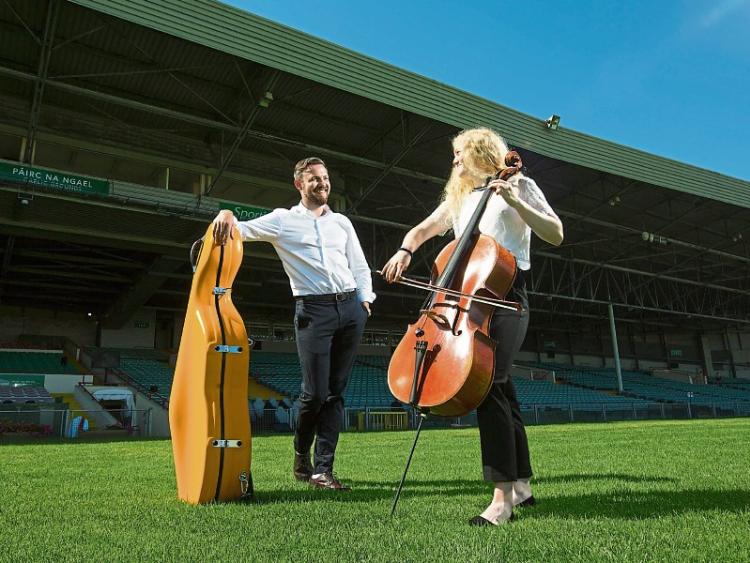 Limerick's Gaelic Grounds is set for a European first this weekend when it plays host to the stunning 'National Geographic: Symphony for Our World' outdoor music event this Saturday 29th September.

Symphony for Our World combines awe-inspiring National Geographic natural history footage perfectly synchronised with an original symphony performed live on stage by the Symphony Orchestra led by Irish Composer Kenneth Rice. The impressive 80-piece orchestra will perform the symphony and theme created by Emmy- and BAFTA-nominated Austin Fray and Andrew Christie of Bleeding Fingers Music (The Hobbit, Startrek Beyond) with the Limerick Chamber Choir to an audience seated in the Mackey Stand.

Cock-a-doodle-doo⏰
Salmon-crested cockatoo!
Less than a week to go until the European début of National Geographic Symphony for Our World
Secure your seat in the Gaelic Grounds this Saturday Night via the link below#MondayMotivation #NatGeoLimerickhttps://t.co/6oRSPaB3Wo pic.twitter.com/EZvPKAfW8p

The show, which will mark it's European premiere in the Treaty City this weekend, will begin with one of Limerick City’s finest and biggest music ensembles, the CBS Sexton Street Pipe Band. Founded in 1961, they have won many awards throughout the decades and have played in 32 countries across the world, including the New York St. Patrick's Day Parade. The 25-piece pipe and drum band with members of various ages will welcome the audience with a special performance on the pitch opening proceedings on Saturday evening!

Presented on two of the largest High Definition screens in Europe, the groundbreaking imagery is made up of 130 years of beloved National Geographic history of the world’s most incredible wildlife spectacles. From ice diving foxes in Canada, to hammerhead sharks maneuvering their way through the Indian Ocean, the footage captures a world that few will ever see in real life.

The Irish producers of the show, CWB.ie, who brought the exhilarating Feile Classical concerts to Thurles last weekend, have worked closely with their US counterparts JMP Entertainment, Inc. in securing this unprecedented event for Limerick’s Gaelic Grounds. The event is also set to provide a significant socioeconomic boost to the region with an estimated €6m spin off for the county.

Speaking of the inaugural event in the Gaelic Grounds Chairperson Paul Foley, said: “For our first ever concert at the Gaelic Grounds we are delighted that promoters CWB have secured such an exclusive. We are also most grateful for the support of Limerick City and County Council. This very special European Premiere with world-famed National Geographic will be an amazing and historic event for the venue.”

Eanna ni Lamhna well-known environmental commentator and wildlife enthusiast said: "There is great interest in how wildlife live in each different ecosystem on earth and this show follows living things from the depths of the ocean all the way to the skies above with glorious images.  The musical performance enhances the whole experience. Making footage like this is becoming more and more difficult as we humans continue to over-exploit the planet we all share. Enjoy watching it and appreciate the fragility of these ecosystems which are so rapidly being adversely affected by our lifestyles"

Two other special guests attending the inaugural show are All Ireland Champions the Limerick Senior Hurling Team and the Liam McCarthy Cup, who will meet and greet fans here in the Gaelic Grounds, the scene of their rapturous homecoming event.

There event will also have a fully licensed bar service, coffees and artisan food stalls from Limerick's Milk Market.

A limited number of tickets are available now from Ticketmaster.ie.