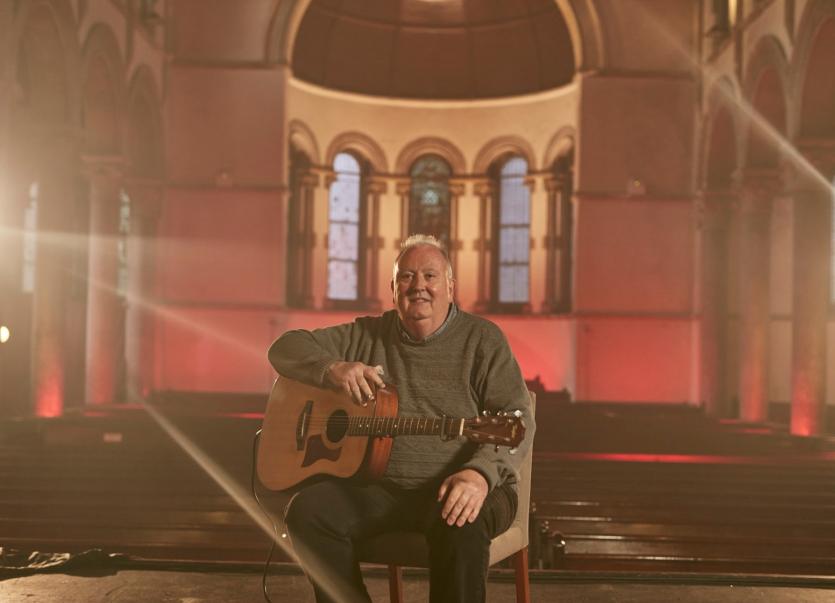 A Tipperary musician is to feature in an upcoming episode of TG4's six-part series showcasing the Cork Folk Festival.

In a year like no other, the makers of Cork Folk Festival have curated a feast for the senses for followers of traditional and folk music bringing the best of local and national artists to our screens.

This new six-episode series recorded at the Cork Folk Festival in October 2020 just before the second lockdown, brings us some of Munster’s finest performers along with friends from further afield.

Filmed in some of Corks' most iconic venues, the now sadly closed Kino, Cork City Gaol, St’ Luke’s and Cork Opera House, the series of concerts and performances filmed behind closed doors can now be shared with all music lovers.

In the episode on May 16 at 9.30pm we have Robbie O’Connell one of the most well-known Irish singer songwriters in America.

Robbie O'Connell was raised in County Tipperary in Carrick-on-Suir. He began a successful solo career in 1982 with the release of his debut, Close to the Bone. Previously, he spent time in a group called the Green Fields of America alongside Seamus Egan and Eileen Ivers. He also performed and recorded with the Clancy Brothers, his uncles. Their collaboration included several CDs and a 1992 appearance at Carnegie Hall in New York.

Also in this epsiode is Waterford musician Mollaí Gough is an upcoming star of folk/trad musician from Dungarvan Co. Waterford features. She’s the daughter of Danú’s world-renowned bodhran player Donnacha Gough and is currently studying Arts with Music at University College Cork.

Clare musician Tara Howley who is an award-winning multi-instrumentalist, singer and dancer from Kilfenora. Tara has spent the last number of years as the Piper with Riverdance and is a social media star with her tune a day campaign in 2019 and is behind her father Pádraic Howley’s runaway Instagram success story sing and step with Padraig. She is a two-time senior all Ireland champion on the uilleann pipes.

Tara has numerous all Ireland titles in solo competitions and with bands and groups in various instruments such as concertina, fiddle, uilleann pipes and many more. In 2014 Tara toured Britain and Ireland with the group Macalla na hÉireann and The Echoes of Erin. She produced and launched her debut solo album in April 2015 and is currently studying Irish music and dance in the Irish World Academy at the University of Limerick. She plays music on this show for us with guitarist Seán O’Meara.

We hear from Strung, a stunning contemporary Irish music ensemble comprising Maria Ryan (violin/vocals), Lucia Mac Partlin (violin), Séan Warren (cello) and Aonghus McCarthy (piano). Meeting first where they were sudying in Cork, they have toured extensively in Ireland, Europe and the US.
Doireann Ní Ghlacáin, a renowned fiddle player and singer steeped in the musical tradition of the Ó Riada and Glackin families – brings us warm, informal, bilingual interviews with the musicians themselves in between pulsating performances from an array of talented artists.