2020 production: The Wedding Singer was staged to full houses 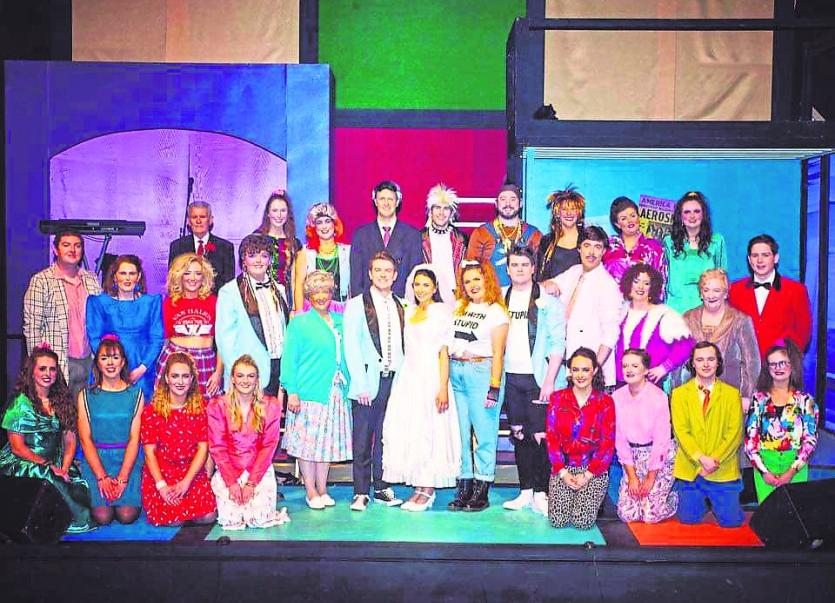 The 2020 production The Wedding Singer

Like every club, society and social organisations in the country, Tipperary Musical Society (TMS) were left with no option but to put their plans on hold when the Covid-19 pandemic hit the world early last year.

Fortunately TMS were lucky enough to stage their 2020 production, The Wedding Singer in February last year to full houses every night in the Simon Ryan Theatre.

Since then it has been quiet within the society. All plans for the society's 2021 musical production were put on hold, leaving the current committee at the time to remain in office until 2021.
On May 27 last, the society held their 2021 AGM over zoom.

Chairperson Mairead Breen thanked all members, sponsors and patrons for their continued support over the last year of uncertainty and expressed her disappointment that TMS were unable to stage a musical on what is the society's 40th Anniversary.

Mairead also personally thanked all members for supporting her during her time as Chairperson of the society before she along with the rest of the committee stood down.Following this, a new committee was elected for the 2021/2022 season which is as follows; Gerry Ryan (Chairperson), Derek Ryan (Vice Chairperson), Sarah Collins (Secretary), Siobhan O'Donoghue (Assistant Secretary), Ruth Hadnett (Treasurer), Cathal O'Donoghue (P.R.O), Jason Ryan (Assistant P.R.O), Lena Hally, Aoife O’Meara and Marie Walsh.

The new committee is already busy at work preparing for the new season and for when restrictions will finally be lifted.