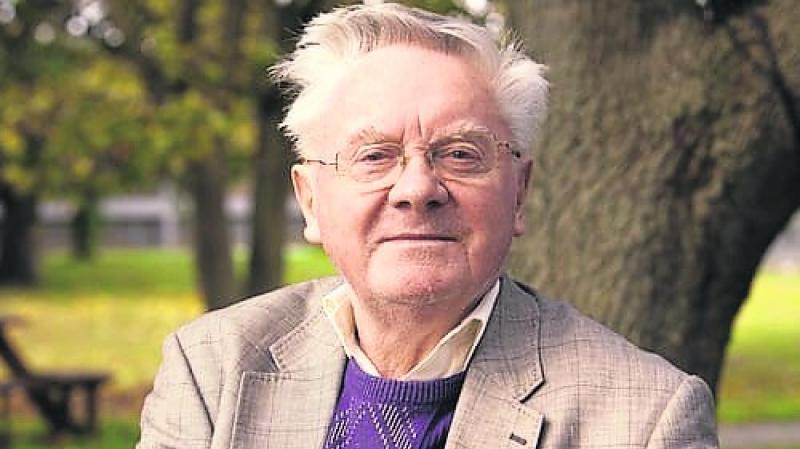 The late Donncha Ó Dulaing: fond memories of his visit to Templederry in 1987

The role the late broadcaster Donncha Ó Dulaing played in reawakening interest in the O’Sullivan Beare’s march through Tipperary in 1605, has been highlighted by the Ormond Way committee.

Along the way, he passed from The Milestone outside to Thurles to near Portumna, where he crossed the Shannon.

Matt Ryan of Ormond Way recalled that Ó Dulaing’s role in reawakening public interest arose from his fundraising initiatives of the mid to 80s to the 90s in walking the route and visiting all the villages along the way and in doing some of his radio shows live enroute.

“He ignited a new relevance, an opportunity and opened the way to evaluate your place and the transformation of an idea into a tangible tourist product in a way that never seemed possible any time earlier - Ireland’s very own Camino. Thanks to Donncha,” he said.
He said the greatest tribute they can pay to Donncha was that finally they had almost completed the route after years of effort and endurance.

“Whatever the challenges, this will stand in his honour and in gratitude for his inspiration to the communities and individuals who have almost completed the North Tipperary 90Km section walking and cycling An Sli Urmhumhan / Ormond Way / Beara Breifne Way - the final section in the whole country. After over 30 years of a battle the local OWA should be able to finally celebrate the completion with their farmers / landowners who have enabled the project by kind permission by years end, barring more hitches,” he said.

Donncha Ó Dulaing walked the Tipperary part of O’Sullivan Beare’s march, when he arrrived in Templederry on January 4, 1987, , having been joined by the Toomevara Foróige group en route from Solohead.

Following a quick lunch, Donncha then presented his radio programme from the local community hall before heading on to Latteragh.

Templederry and the surrounding communities threw their weight behind the visit, with a benefit dance for Fr Martin and Fr Matt Ryan’s mission in the Phillippines and Brazil, which was attended by Donncha.

The local Macra presented him with the proceeds of their Wren Boys’ fundraiser; the churchgate collection went towards what is now the Irish Pilgrimage Trust, who organised the march, and the local ICA supplied food for him and his camp followers.
Meanwhile, councillors in the Nenagh Municipal District were told last week at their September meeting that the council hoped to start work on completing the last part of the Beara Breifne Way in Tipperary in the next two to three weeks.