Mooreabbey Milers are Munster Champions as Gold was the dominant colour 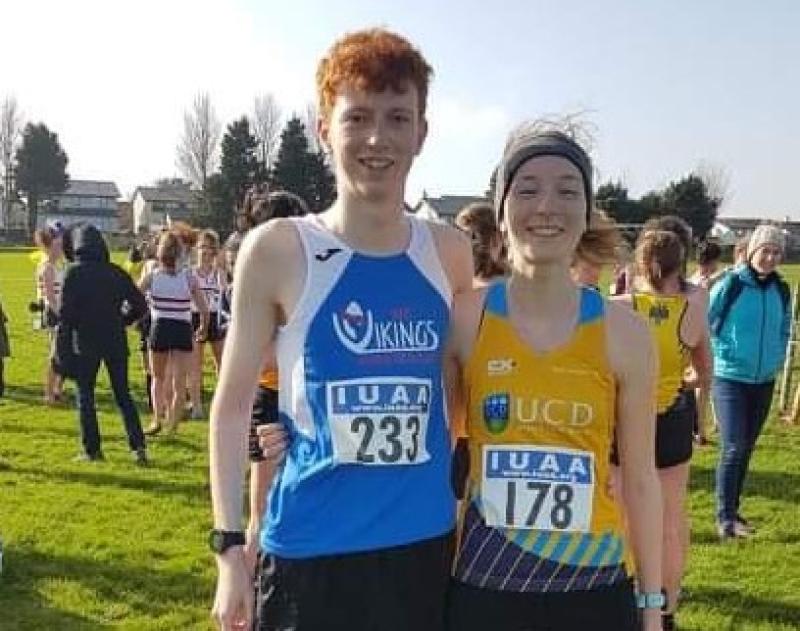 Munster Masters Roads Championship
On a sleety bitter Sunday morning Mary Louise Ryan, Marie O'Shea, Martina Moloney, Mary Pyke, Patricia Ryan and Michelle Carey along with Tom Blackburn, Willie O'Donoghue, Kevin Lenihan, Damien Holian, Robert Cunningham and Gerard Griffin all headed for nearby Dundrum the host venue to the Munster Road Championships. As the starting time for the ladies neared the weather went downhill. Deja vue struck with memories casting back to this time last year when Emma hit us hard. The ladies put in a tough 4 miles as did the men as the snow started to belt more so as the men started. All competitors could be heard talking about the back straight bringing them to the final mile where the small bitter cold hail stones cut the eyes of the runners making it difficult to see, but as the results came to light it was worth all the pain and torture. Marie O'Shea took silver in her category while Mary Louise Ryan took bronze in hers. The ladies team made up of Mary Louise Ryan, Marie O'Shea, Martina Moloney and Mary Pyke took bronze in the club category with Mary Louise also taking gold with the county team. The men were back to winning form with double golds for Tom Blackburn, Willie O'Donoghue and Damien Holian the 3 boys took gold in the club 0/50 team category while they were the backbone of the county gold medal winning team along with Dermot Hayes from Dundrum. Willie also took individual silver in his category and Tom took bronze in his. Also putting in mighty performance on the day was Patricia Ryan and Michelle Carey who ran her first provincial race last Sunday and in the men's running in a very tough category was Kevin Lenihan and Robert Cunningham and just back after injury Gerard Griffin.

MMRA
Sunday saw another trip to the mountains for the latest in the MMRA winter/spring league. BallinaTountinna County Tipperary was the familiar destination. The route is a double out-and-back configuration, starting at the Graves of the Leinstermen. First it's out and back to the Millennium Cross, then on to the Graves of the Leinstermen and up Tountinna from the northern side which follows a section of the Lough Derg Way, turning back at the mast on the summit, returning by the same route and finishing back at the Graves again. We had 2 members represent the club and a mighty job they did Barry Hartnett finished on the podium taking 2nd place and following quickly in footsteps was Patrick Hartigan.

Kenmare Adventure Race
On Saturday over 6 stages Liam O'Donnell competed in the Kenmare Adventure Race Sport Distance. Stage 1 saw Liam start an 18km cycle in Kenmare town on the bike with a controlled rolling start for 1km, taking in Sheen Falls and through the historical Bonane Valley. A couple of gradual inclines over a total elevation of 321m until the road back to the N71 Kenmare to Glengarriff Road where the transition was at Molly Gallivans. Stage 2 from the transition at Molly Gallivans was an 8km run on road and track to the base of Esk Mountain. It was an up and back route to the top of Esk Mountain at an elevation of 370m to the Cork and Kerry border. The open mountain had patches of wet, loose debris and boggy underfoot at times. Stage 3 saw another transition at Molly Gallivans to get back on the bike for a further 14km with a descent of 219m following the main road again back to Kenmare town. This section was a fast downhill. Stage 4 started with a bike transition on the pier in Kenmare Town where Liam had a short 1km run to the kayak area. Stage 5 was kayaking in the beautiful Kenmare Bay on double sit-on-top kayaks over 1km. Stage 6 the final run with the finishing line just a short 1.5km away through the town to the finish in the Square in Kenmare where a much awaited hot soup was waiting. On his first event of this calibre this year Liam finished 6th overall.