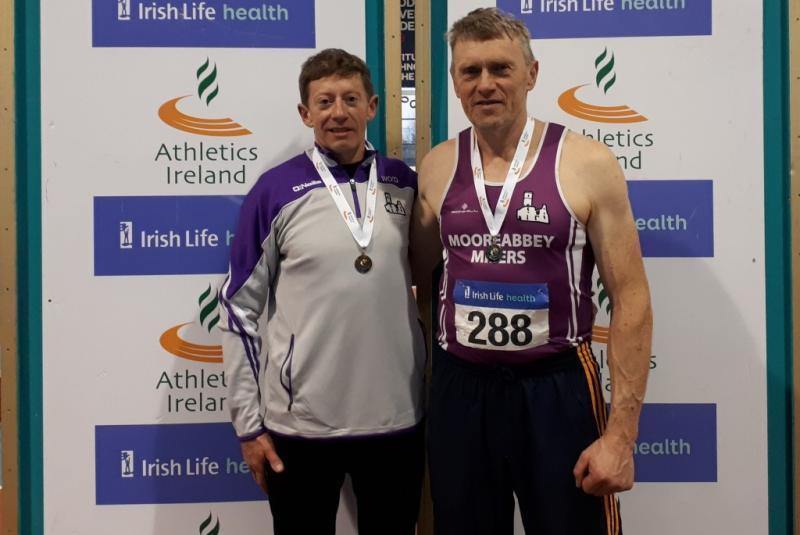 All Ireland Indoors
The Midlands of Ireland AIT in Athlone was the venue for this year's All Ireland Masters Indoor track and field, and a great day it was for our two masters Larry O'Grady and Willie O'Donoghue. Larry O'Grady competed in 4 events the long jump yielded him a bronze medal, the high jump a silver medal, the shot putt a gold medal and finally the weight for distance a silver medal. Willie O'Donoghue competed in 2 events the 400m and the 3,000m. Willie used the 400m as a warm up for the 3,000 Willie finished 5th in the 400 but took the bronze medal in a hard fought unbelievable sprint finish in the 3,000m which also earned him a PB.

MMRA Winter/Spring League
Bansha woods in Tipperary was host to last Sunday's MMRA winter/spring league race and the club had a host of participants there. Tom Blackburn, Barry Hartnett, Ewan Cunningham, Kevin Lenihan, Damien Holian, Marie O'Shea, Paddy Bourke, Mary Pyke, Tricha Blackburn, Catherine Hogan and Dariusz Gazdowicz. Podium place finishes went to Tom who was 2nd and Barry who was 3rd. Ewan also took a top10 finish. Just short of a podium place was Marie who took 4th lady. Juvenile member Ryan Cunningham took 3rd junior and we had many future Milers in the kiddies race. Organisers and RDs for the day was club members Robert Cunningham and Patricia Ryan who put on a great race with their band of club helpers.

Limerick Duathlon
This year the Limerick Triathlon Clubs Duathlon took place on Sunday last based at Limerick and Clare Educational Training Board Centre in Limerick and we had Michelle Carey compete. Michelle continues to move things up a notch this year competing in first time county and provincial championship runs to now competing in Duathlons. The events of the day was 4k run 15k cycle and 4k run. Michelle described the event as "very fast paced and on the bike the head wind was sooooo scary."

Training Adults
Adults train on Tuesday and Thursday nights at 7pm in the community field in Galbally. New members always welcome. Adults also do hill/mountain and trail training, become a registered member and get the added benefit of being included in the club's whatsapp to keep up to date with training/races and events. Registration forms are available at training €30 per adult.

Pictured below: Gerard Griffin at the UK parkrun last weekend

Pictured below: Ewan Cunningham in action at the MMRA run in Bansha woods last weekend 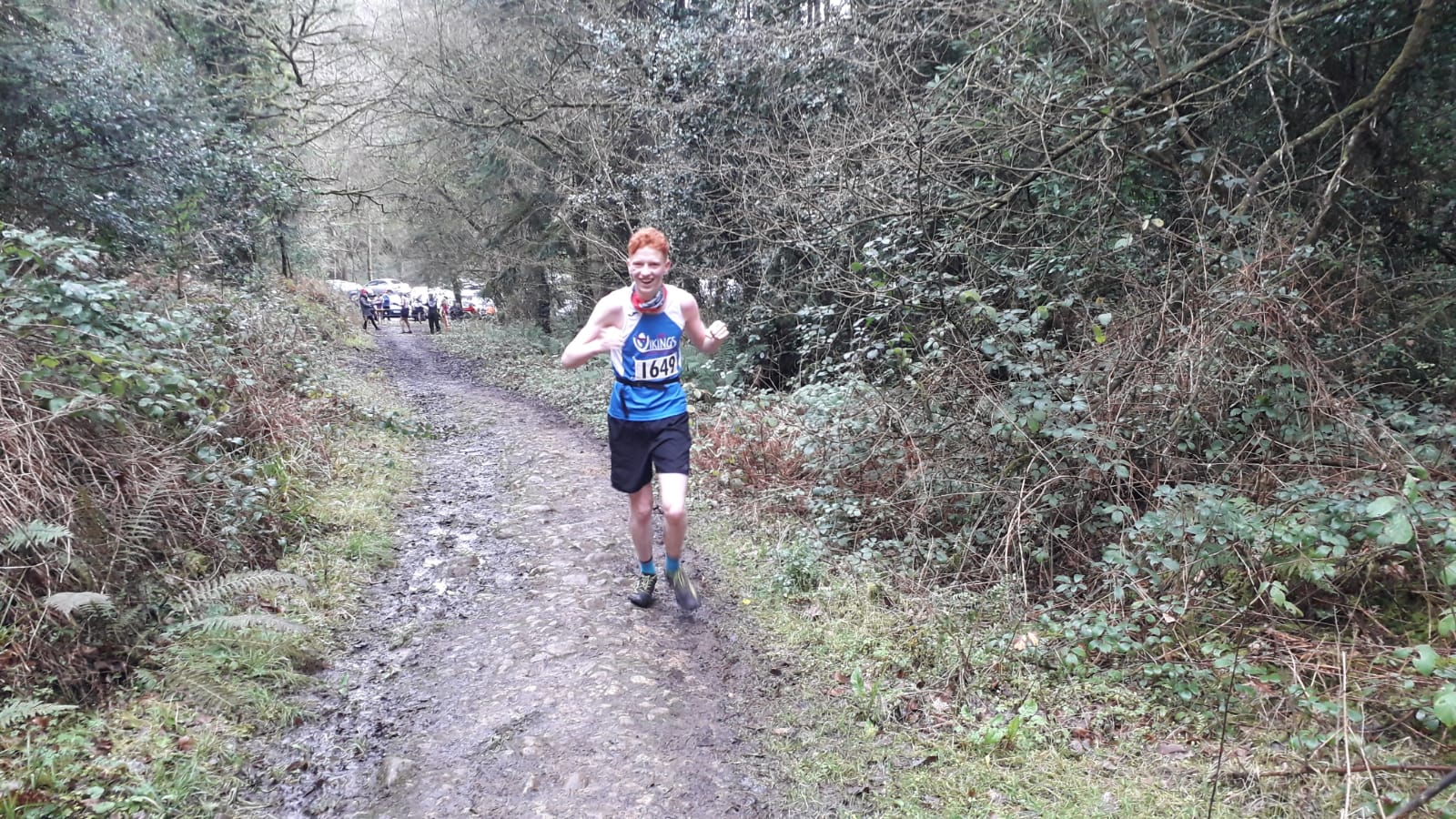