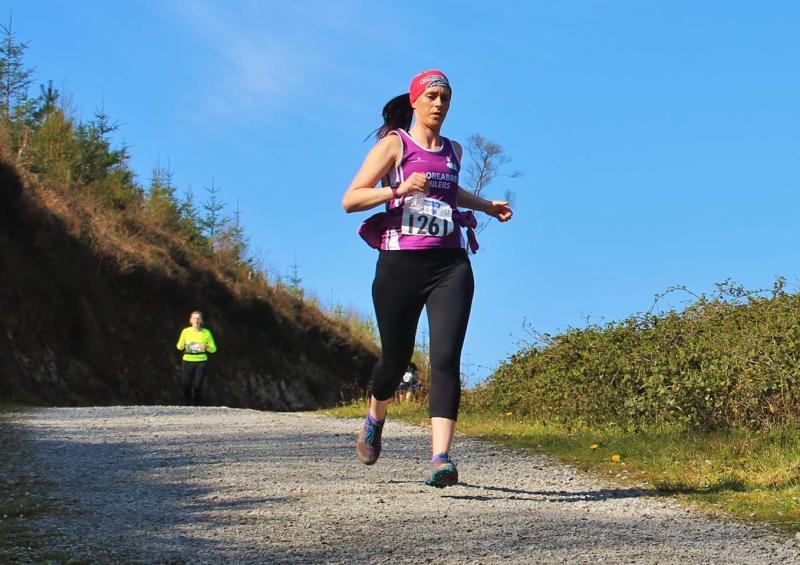 Patricia Ryan in action at the Glanageenty MMRA Trail Race 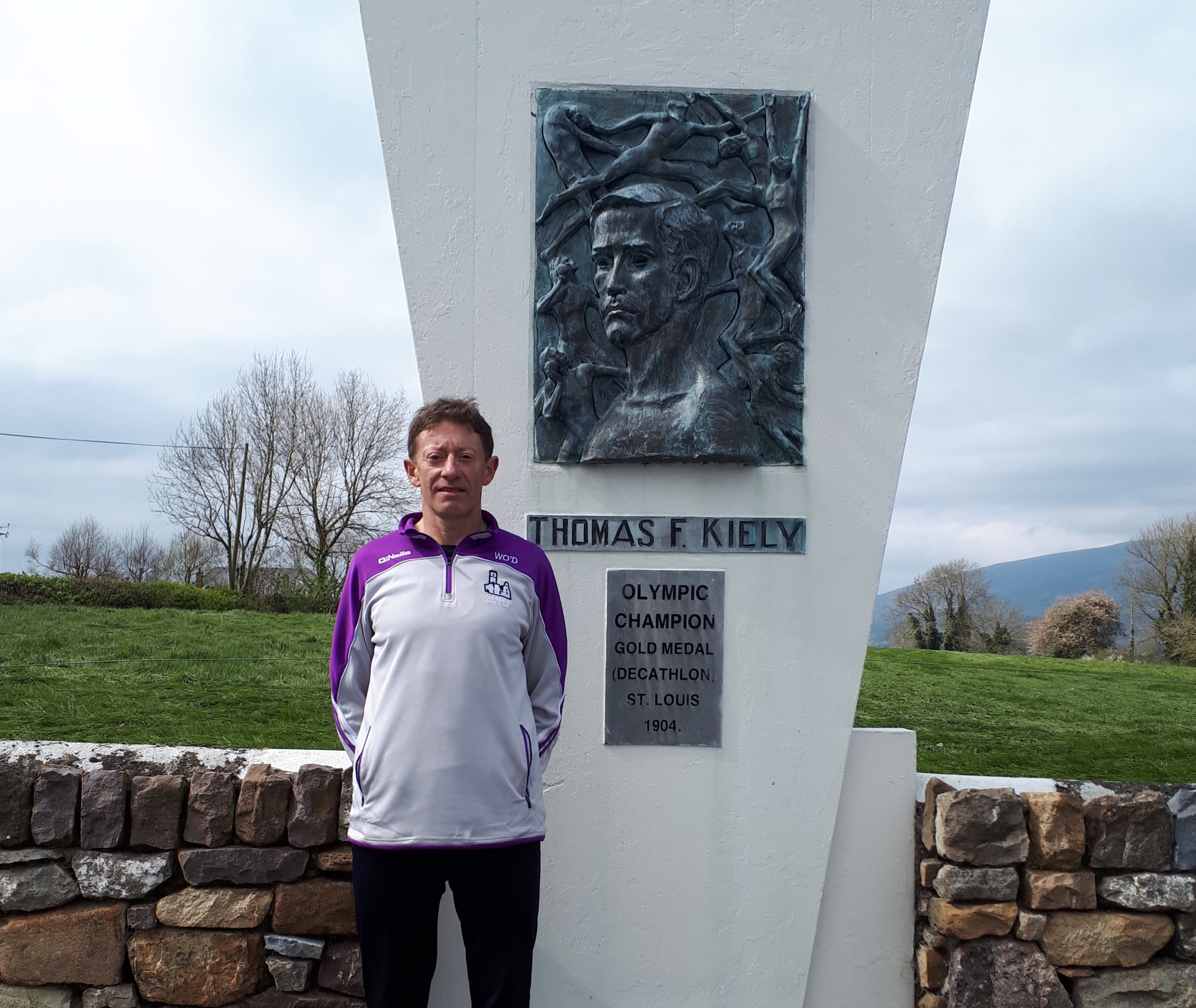 Maamturks Challenge
The NUIG Maamturks Challenge took place last Saturday over the countries roughest terrain. This was a self navigating route from Maam Cross to Leenane, a notoriously barren and rocky terrain with ridges, cliffs and numerous valleys. A distance of 28km with over 3250mtrs of climbing, this was no easy task. After a nasty fall Barry Hartnett finished first bloodied but unbowed in a spectacular time of 5hrs 25mins.

Spring Throws
The national spring throws were held in AIT Athlone last Sunday. The vest of the Mooreabbey Milers was in action worn by our throws master Larry O'Grady who picked up a bronze medal in the 2kilograms discus with a PB of 26.51m.

Intermediate Road Championship
As the roads season come to a close we can honestly say this man has done it all from county to provincial and will also represent club and county at the All Ireland National Roads 10k next weekend in the Phoenix Park Dublin. With no club team last weekend running for pride and place was Willie O'Donoghue. Willie was our only representative in Ballyneale Co. Tipperary for the intermediate county road championship. He may not have come home with a medal but Willie knocked an impressive 30 seconds off his 8k PB and finished in 15th place overall.

Glanageenty Trail Race MMRA
This race was the second last race of Winter/Spring League. With a climb 350m and an event difficulty of 6 the route consists mostly of single track forest trails and some boggy mountain tracks. There was lots of ups and downs and some quite technical parts. The senior route was 9k, the junior route was 4k and kiddies route was 2k. In the senior run we had we had two men and two ladies, Kevin Lenihan who finished 5th overall followed shortly by Robert Cunningham our two ladies were Patricia Ryan and Catherine Hogan. In the junior was our very own Ryan Cunningham who finished 4th overall and not to be out done was his brother Ruairi Cunningham who took first in the kiddies race.

Mooreabbey Milers Club events for 2019 - pop the dates in your diary
● Cahir Half Marathon and Relay (Saturday, July 6). We have a massive €500 for first male and female home in this one.
● Mile Dash (Saturday, December 28)