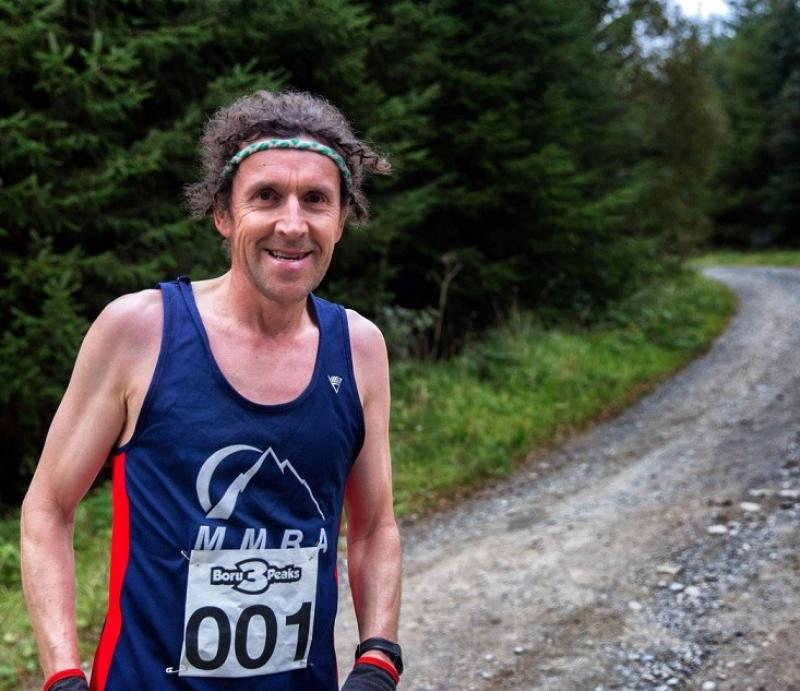 On Friday, May 10 will see us as a club come together to remember our dear friend Michael Curley Cunningham. We will remember by doing what Curley loved doing the most "running".

It’s 2 years since the great Michael 'Curley' Cunningham left us and we take the time to pay tribute to the gentle man he was. He was a lover of running and this took him throughout the country that saw him adorn his trademark green and white head band where he often competed 2 races on the same day. Bilboa AC is where Curley started his running career but we were lucky to have Curley join up with us in 2013 many enjoyable Saturday and Sundays were spent on the road on the hills where his wonderful partner Maire also kept him company. One of Curley's favourite place to be was to be was in the thick of the racing pack and we can tell you it didn't ever take long for him to show his intentions within the race. He was a stand out man, honest and shy but very approachable. His day job as a bus driver saw him in many conversations but one of his favourites was that of his vintage tractors he was at ease when talking with friends relaxed and if you listened closely you would pick up a few nuggets of information. He would have admitted that one of his proudest days was when he put on the green end white for Ireland. The phrase “one in a million” is used and abused but it should be coined for our late great friend Curley.

As the days turn into weeks,
And the weeks turn into years
Our eyes will hold the memories,
Of life and death and that inbetween

Mooreabbey Milers will host the annual Michael Curley Cunningham 4 mile on Friday, May 10 at 8pm. Registration from 6.30pm in the community centre Galbally. Race will start at 8pm sharp 7.30pm for walkers from Jack Ryan's cross on the Garryspillane road. Walkers welcome. Runners €10 (8pm) Walkers €5 (7.30pm) Family €10 (walking). Prizes for the first 3 male's and females, categories and junior boy and girl.