A podium weekend all round for Mooreabbey Milers AC 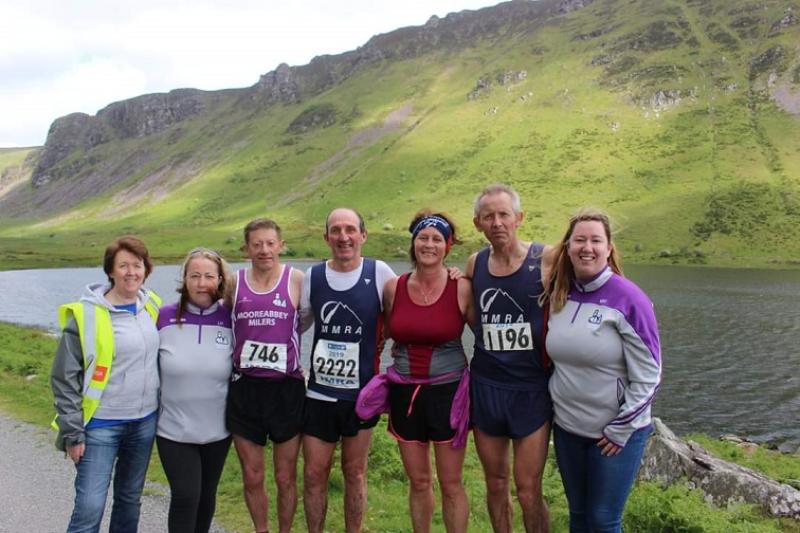 Dingle Festival
Down in the county of Kerry last Saturday was husband and wife duo Tom and Patricia Blackburn for the Dingle running festival. Mount Brandon was the venue for the classic up and down race. Mount Brandon sits in the middle of a range known as the Brandon group. It takes its name from St. Brendan the Navigator, who was thought to have spent 40 days on the mountain preparing for his voyage to America. Run over open grassy steep slopes and technical rocky sections, the course followed the pilgrim path to the top which is marked by stone crosses. Podium places were the order of the day as Tom took 1st place and Patricia was 3rd lady.

MMRA Summer League
The following day further into the South West of Kerry fresh from their previous days shenanigans was Tom and Patricia Blackburn along with Willie O'Donoghue and Gerard Griffin on the Tom Crean trail in Anascaul, for use second race of the Munster summer league. Again this was another classic up and down on the rocky and boggy trails of Anascaul. It was to be another winning day for Tom Blackburn along with Patricia again taking 3rd lady, Willie O'Donoghue finished 8th overall and 2nd in category, while Gerard Griffin was 1st in his.

Kilmallock 4 Mile
The fifth race of the Ballyhoura active series was held last Friday night in Kilmallock, and what exemplary hosts Kilmallock AC were. A lovely dry mild evening bought nine Mooreabbey Milers to Kilmallock to take on their new 4 mile looped course. We had six members walk away with category prizes, Ewan Cunningham, Damien Holian, Willie O'Donoghue, Marie O'Shea, Mary Pyke and Mary Hinchy. Also our for the club and putting in great performance were Patricia Ryan, Patrick Hartigan and Catherine Hogan.

The Walls Of Fethard
The walls of Fethard 4 mile was held last Thursday night in Fethard Co Tipperary. Hosts Fethard Athletic Club bought Road racing to the historic town and countryside in the form of the now famous ‘Walls of Fethard’ – 4 Mile Road Race. This event is one of the few road races that run through the streets of a town or city in Ireland and gives free enjoyment to the inhabitants. The race itself this year started from the bottom of Market Hill, and on the start line we had the return of our master Stuart Moloney. Stuart had a mighty run finishing in 2nd place overall. This year all the proceeds will be donated to the Children’s Ward in the South Tipperary General Hospital in Clonmel.

Coalface Duathlon
Castlecomer discovery park Co.Kilkenny was Michelle Careys destination at the weekend to take on the coalface Duathlon. The course saw Michelle running 5k on trails and woodland, cycling a 20k route of rolling north Kilkenny countryside before finishing on the Park’s path with a lovely 3k run to the finish. The 5k trail run to begin was very rough and tumble with lots of tall grass and tree stumps making one concentrate on where the next foot was going as Michelle said herself she was like "tigger" bouncing all over them. There was beautiful scenery surrounding Michelle as she took to bike but there was little time to take it in as the hills kept coming harder and harder. As the final of the 20k cycle neared Michelle's thoughts turned to the final run but was delighted as it was the complete opposite to the earlier stage it was flat and smooth which saw Michelle fly home.

Training Juveniles
Training in the community field in Galbally Monday nights at 7pm. For insurance reasons all juveniles must be registered with the club and must reach their 7th birthday during 2019. Registration forms are available at training each night. Cost of Registration is €20 per juvenile. (Family rates available). 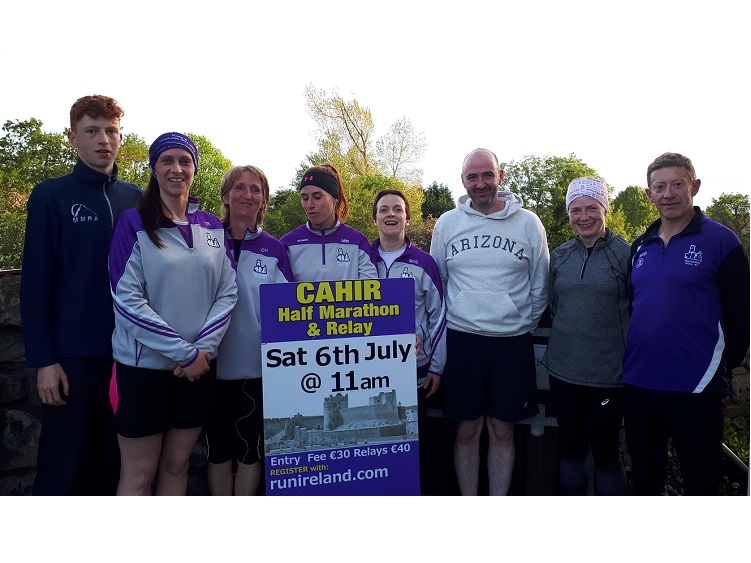