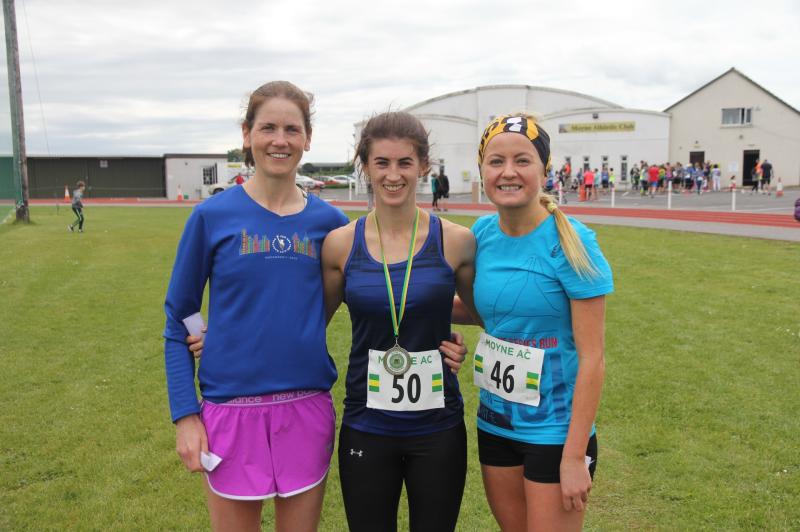 Monday, June 3 dawned bright and sunny with a fresh breeze and the forecast for passing showers. Thankfully we escaped the showers and with the support of nearly two hundred runners and walkers between our 10k and 5k events we once again had a very positive outcome.
The 5k run saw three athletes heading the field after the first couple of kilometres as Willie O’Donoghue, Mooreabbey Milers AC, Emmet Fogarty, Thurles Crokes and our own Dylan McLoughlin forced the pace along.  Emmet was the first to be dropped and with Willie forcing the pace along he drew clear of Dylan to open a sizeable lead. He still held a significant lead heading onto the track for the final 300mts but he had not reckoned on the fast finishing speed of Dylan who with each passing stride drew nearer and nearer and with less than 20mts from the finish line Dylan caught and overhauled Willie to claim victory in a time of 17.50 just 2 seconds ahead of Willie, second in 17.52. Emmet held on for third place finishing in a time of 18.09 with club athletes Nathan Bowe and Richie Daly in fourth and fifth in times of 18.57 and 19.41. Making the top six was Patrick O’Connor of Cashel in 19.57. While all eyes were on that finishing tussle Ali O’Connor had stolen onto the track and with superb running kept her momentum going to claim first place in a time of 20.03. Local athletes finished in the next four places with Louise Fogarty having a fine run for second place in 20.23 while Sharon Cantwell held her form over the final 400mts to claim third in 22.01. Aisling Maher and Lisa Quinlan filled the fourth and fifth spot with times of 22.27 and 22.46 while sixth place went to Roisin McGrath of Loughmore in 23.05. 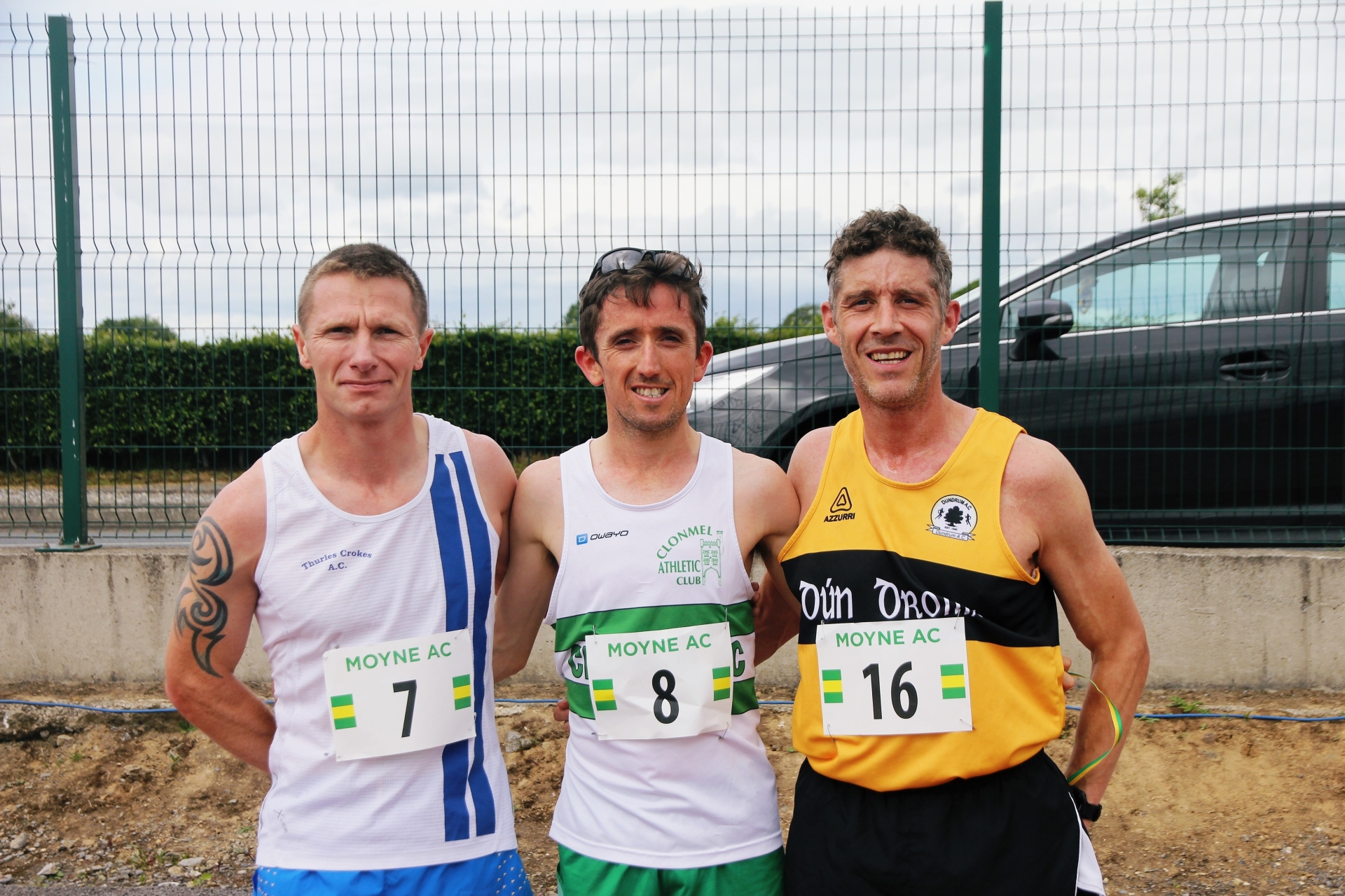 With both races finishing on the track it was not long before the leading men came into view in the 10k race.  Spectators were kept aware of how the race was progressing out the roads and it soon became a three-man race with John Fitzgibbon, Thurles Crokes, Gareth McGlinchey, Dundrum and David Mansfield, Clonmel heading the field. John had to eventually cede to the other two as they continued to force the pace along. Running stride for stride for several kilometres it was eventually David who broke Gareth’s resistance with some sustained front running. Once he appeared on the track, he never let up to cross the line in first place in 32.58. Gareth held on for second place in 33.37 with John holding on for third in 34.42.  Fourth place went to another Thurles Crokes athlete in John Treacy in 35.51 while Dundrum’s Michael Ryan finished fifth in 37.44 and Larry Mahoney sixth in 38.07. Linda Grogan, Dundrum had no difficulty in setting the pace in the ladies’ race and quickly opened a lead on her competitors. She headed the field for almost the entire race and came home a convincing winner in 39.01.  Local club athlete Angela Fogarty, following a strong run, came through for second place in 42.11 with Nichola O’Mahoney, Clonmel Tri Club maintaining her form to cross the line in third place in 44.34.  Kate Kennedy of Templemore finished fourth in 45.25 with club athlete Kate Harrison withstanding the strong finish of Trish Ryan, Dundrum to finish fifth in 46.21 with Trish finishing sixth in 46.30. 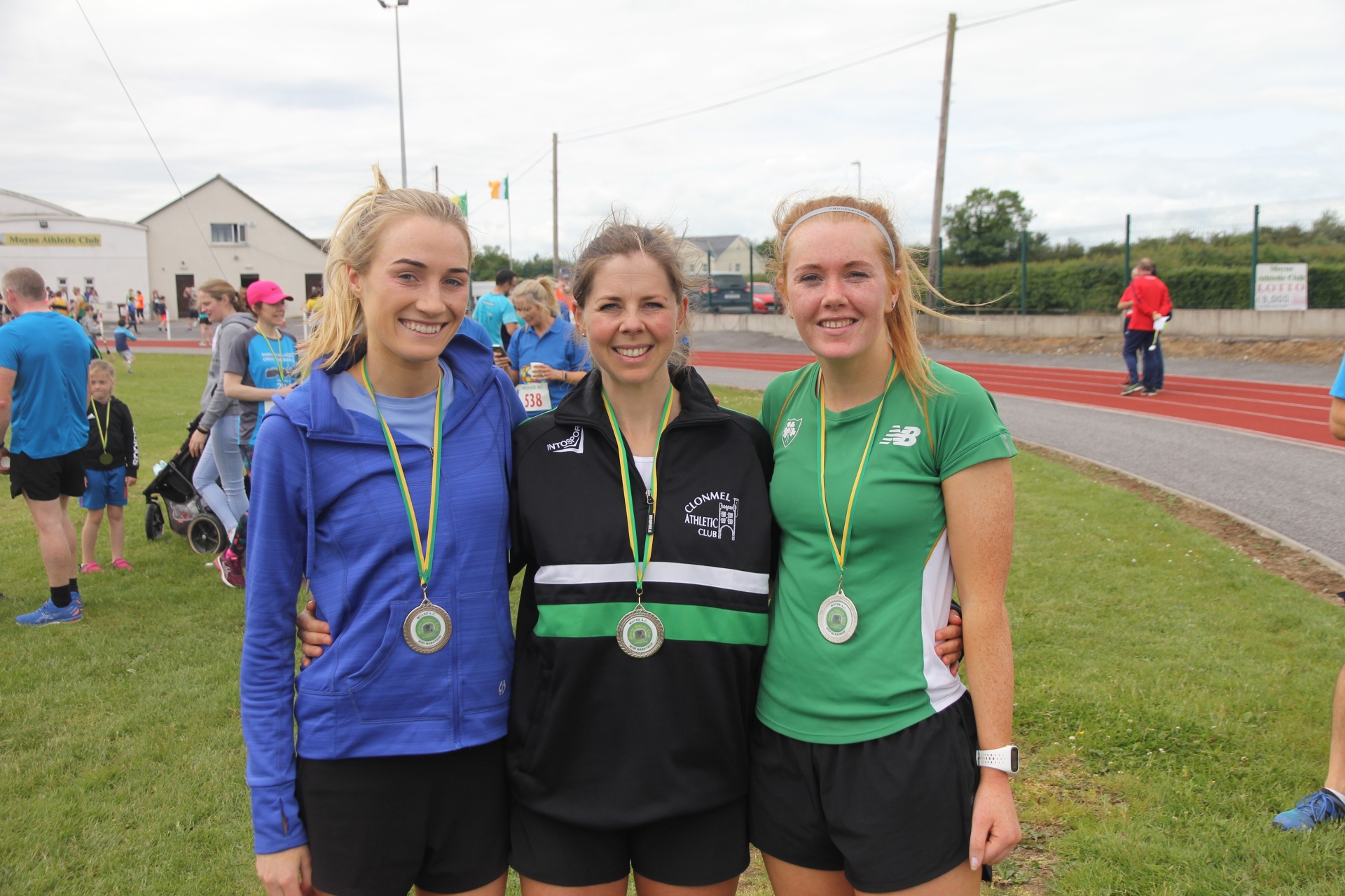 There were plenty of personal battles and goals achieved on the day and a sincere thanks to all those, whether you ran, jogged or walked, who came to support the club.  We really appreciate it.
Our thanks to all those who helped in any way, shape or form on the day to ensure the smooth running of the event.  People enjoyed the occasion and it is thanks to your generosity in giving of your time that we can afford to run this event year on year.
As the numbers attending on the day exceeded our expectations, we unfortunately ran short of our medallions but please rest assured that we are in the process of ordering more and as soon as they become available, we will be in contact with those who require same. 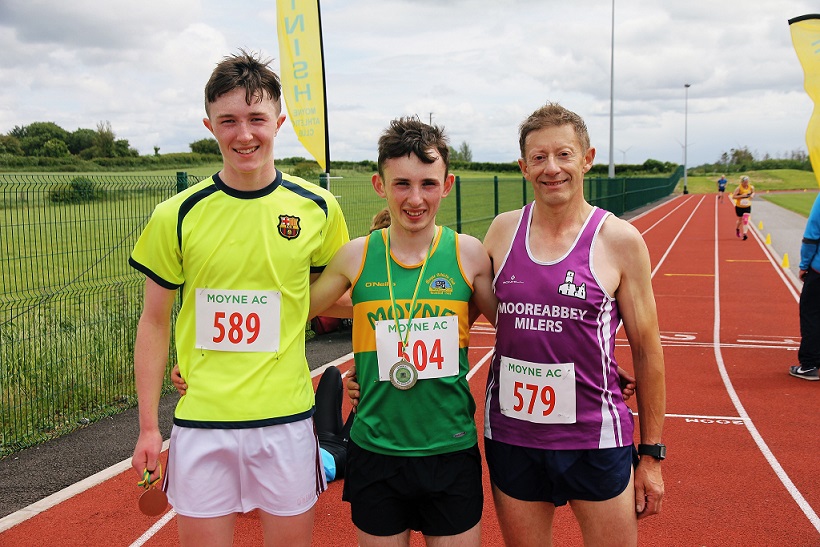