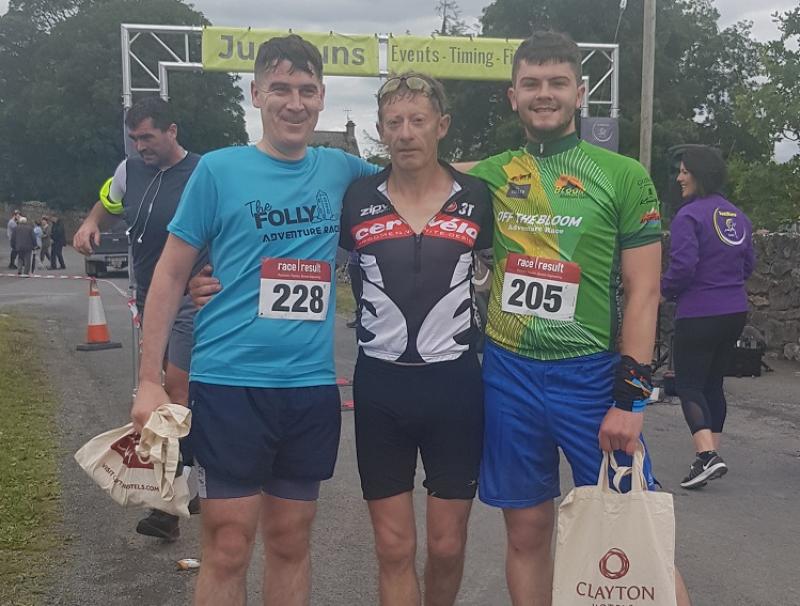 Galtee Half Marathon
The Galtee Half Marathon took place last Saturday morning in good bright conditions. Out on this one we had Tom Blackburn and Robert Cunningham.
The latest run in the Munster Half-Marathon League saw Tom and Robert out on a 21.1 km run with a climb of 1107 meters.
Tom and Robert left Kings yard and followed the stunning woodland trail north until they joined the famous black road onto the open mountain where they then hit three of the mountains highest points Galtee Beg standing at 799 meters Galtee Mór 917 meters and Lyracappal at 878 meters before descending back down into the valleys on the south side to traverse some truly beautiful trails before finishing back in Kings Yard.
Tom blew all other competitors away in this one covering the half marathon mileage in under two hours to take 1st place.
Also on Saturday morning last we had The Galtee 7 7's. We had two men take on the challenge of the Galtee 7 7's last Saturday morning.
On the 34.8km route was Kevin Lenihan and Denis Ryan. With a climb of 2260 meters the run was part of the Munster Long Distance Championship.
The race stared in Kings Yard and after some forest trail it then headed to the open mountain where Kevin and Denis headed for the kite on Galtee Mór then onto Galtee Beg. After the descent off Cush to the Glencush car park Kevin and Denis then followed the Loch Curra trail once at the lake on the right hand side of the shore they ascended the gully at the rear of the lake. At the top of the gully they turned right and followed the Galtee wall all the way to Lyranagappul hitting Slievecushnabinnia and Carrignabinnia on route and from there down across the valley for an out and back to Temple hill.
On the return they joined the half marathon route and traversed the south valleys back to the finish in Kings Yard. Club man Barry Hartnett was RD for this one with help from club members Jane, Ger, Mandy, Paddy, Patricia and Damien.

The Folly At Cullohill
Three miler men crossed the provincial bounds and headed to Co Laois for a taste of something new. Willie O'Donoghue, Jason and Evan Wright shook things up at the Cullohill Duathlon. The starting point began at the ruins of the old local folly for a 6.5k trail race, this set them up well for the impending 25k cycle around the rolling hills of Lisdowney and Gathabawn which was to test their stamina.
In comfortable territory Willie placed 4th at the transition to the cycle followed a few minutes later by Jason who hopped on the bike with Evan hot on his heels. Out of his comfort zone Willie lost some places on the cycle but powered on with both Jason and Evan pushing up the field. Willie finished 29th on his first spin out at a duathlon followed shortly by Jason and Evan with only 30 seconds separating the father and son duo in a quality field of over 100 athletes.

Race To Glory
Liam O'Donnell was in Mayo last weekend taking on the gruelling adventure race that was aptly titled "race to glory". This saw Liam travel 40km on foot and bike over road, hills and rivers. Liam started with a 1K Mountain Run this was a steep ascent of 850ft, on road/bog with a steep descent back to start where Liam was then onto a 33K cycle which was a mixture of steep and gentle rolling hills and finally a 7K run which was a combination of road, river and country track. Liam finished well in 19th position.

Glenroe GAA Festival 10k
On Thursday night last supporting local neighbouring parish Glenroe was Gerard Hanley and Damien Holian. Both men took on the challenge of the Glenroe Festival GAA 10k. Both flew round the double looped tough course where Gerard Hanley crossed the finish line to take the 3rd on the podium followed momentarily by Damien Holian.

Killarney 10k
Keeping the purple and white flag of the Mooreabbey Milers flying in Kerry last weekend was Michelle Carey. Michelle took part in the Killarney 10k around the scenic parkland of Muckross.