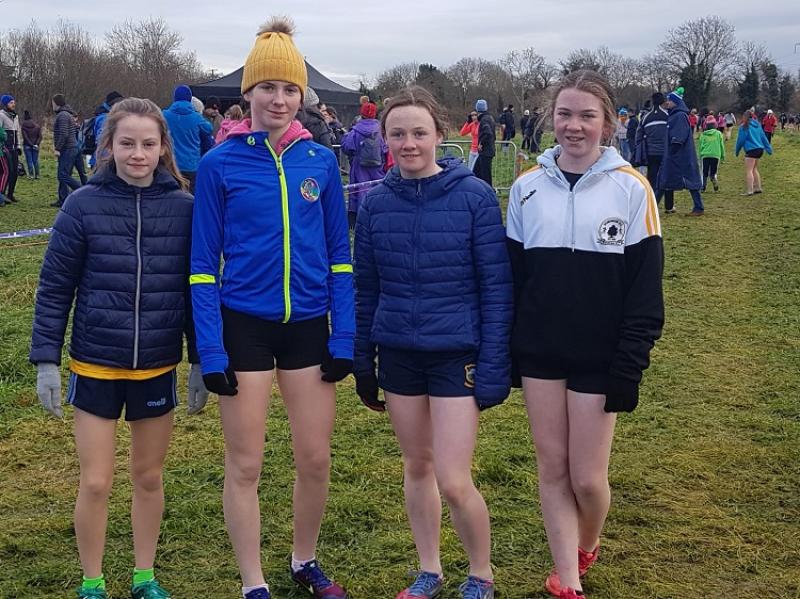 ALL IRELAND UNEVEN AGE JUVENILE CROSS COUNTRY CHAMPIONSHIPS
The All Ireland Uneven Age Juvenile Cross Country Championships were held in Dunboyne, County Meath on Sunday, December 15. It was a cold dry day and we had five athletes competing. Kate Ferncombe in the Girls U/15 ran a super race picking her way through the field lap by lap she finished 16th and was 4th scorer on the Munster Team that won Silver. Orla Ryan also had a great run to be 35th. Paula Quirke and Millie Kelly both running out of age finished 98th and 102nd. All four were on the Tipperary team that finished 4th out of the 10 counties that competed. Shane Buckley also running out of age had a fine run to be 21st and scored on the Tipperary team that won Bronze.

CAHIR SANTA RUN 5K
The Cahir Santa Run 5k was held in Cahir on Saturday, December 7. Dymphna Ryan won the race. Katie Lacey completed her first 5k and Michael Ryan took to the road with his daughter Isla in the buggy.