Mooreabbey Milers AC: A weekend of glitz and glamour for the club as Lynda Hynes is voted Club Person of the Year 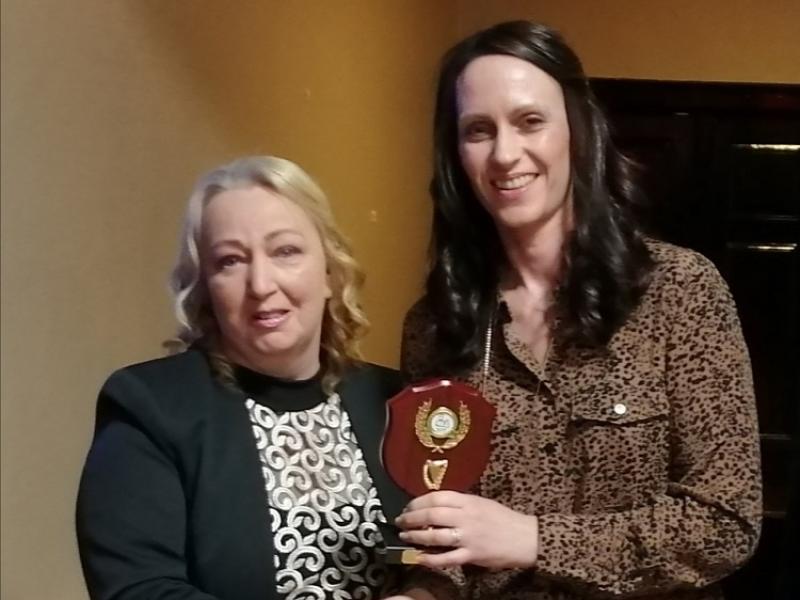 Awards Night
The shorts and runners gave way to giltz and glamour last Friday night for the Mooreabbey Milers Club awards. Master of ceremony on the night was the very affable Stevie O' Donnell of Tipperary Mid West Radio Sport, giving a brief insight to award recipients before the award were presented by club Chairperson Patricia Ryan.

For the fun games and laughter throughout the year the light hearted awards went to Liam O'Donnell, John Hayes, Mary Pyke, Padraigin Riggs and Patricia Blackburn. The top award of the night Club Person Of The Year went to none other than myself (Lynda Hynes). And here is how it unfolded. (words of club Chairperson Patricia Ryan) The Awards Committee wanted club members to have their say on their choice of Club Person of the Year so names were sent in and it was a four horse race for a while but in the end a very worthy and popular winner emerged.

The 2019 Club Person of the Year is our current PRO Lynda Hynes. Lynda works tirelessly, writing up weekly reports for social media and the local newspapers on the club’s performances, results and upcoming events. We have a very high profile now and our club singlet is recognised all over the country as a result of Lynda’s work. She is out in all weathers on the roads, ditches, tracks and trails capturing the agony and the ecstasy of what we do.

She keeps us up to speed with upcoming races in the locality and tries to rally the troops for county and Munster events etc. Lynda attends meetings regularly and throws on the high-vis whenever we need her to, which is quite often! Lynda has also given her time to training juveniles on Monday nights and the kids really enjoy her sessions.

She has a new venture beginning as the County Competition Secretary and we’re sure she’ll do a sterling job on that too and we wish her the best of luck with that. Lynda is a loyal club woman and in her own words it’s a case of “anything for the club”. Lynda the club really appreciates the time and energy that you put into promoting Mooreabbey Milers AC and we are delighted to present you with this Club Person of the Year award for 2019.

There was no lasting effects of Friday night evident in our runners at the county novice roads last Sunday morning in Moyne. This was the opening race to the county roads championship. The purple and white was very evident amongst the sea of many other county clubs.

It wasn't to be a medal winning weekend for us as both the ladies and men's teams finished just short of the top three. In the ladies we had Marie O'Shea who finished 6th overall, Mary Pyke and Patricia Ryan.

We had two mens teams Ben Cummins who finished 4th overall, Willie O Donoghue, Damien Holian and Gerard Hanley. Our 2nd team was made up of Dariusz Gazdowicz, Robert Cunningham and John Hayes.

Pictured below: The ladies team at the county novice road championship last Sunday in Moyne 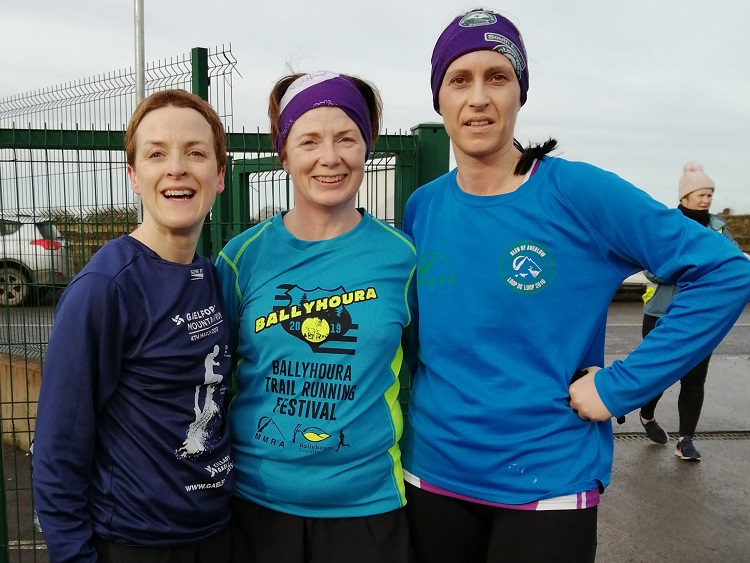 Pictured below: The men's teams at the county novice road championship last Sunday in Moyne 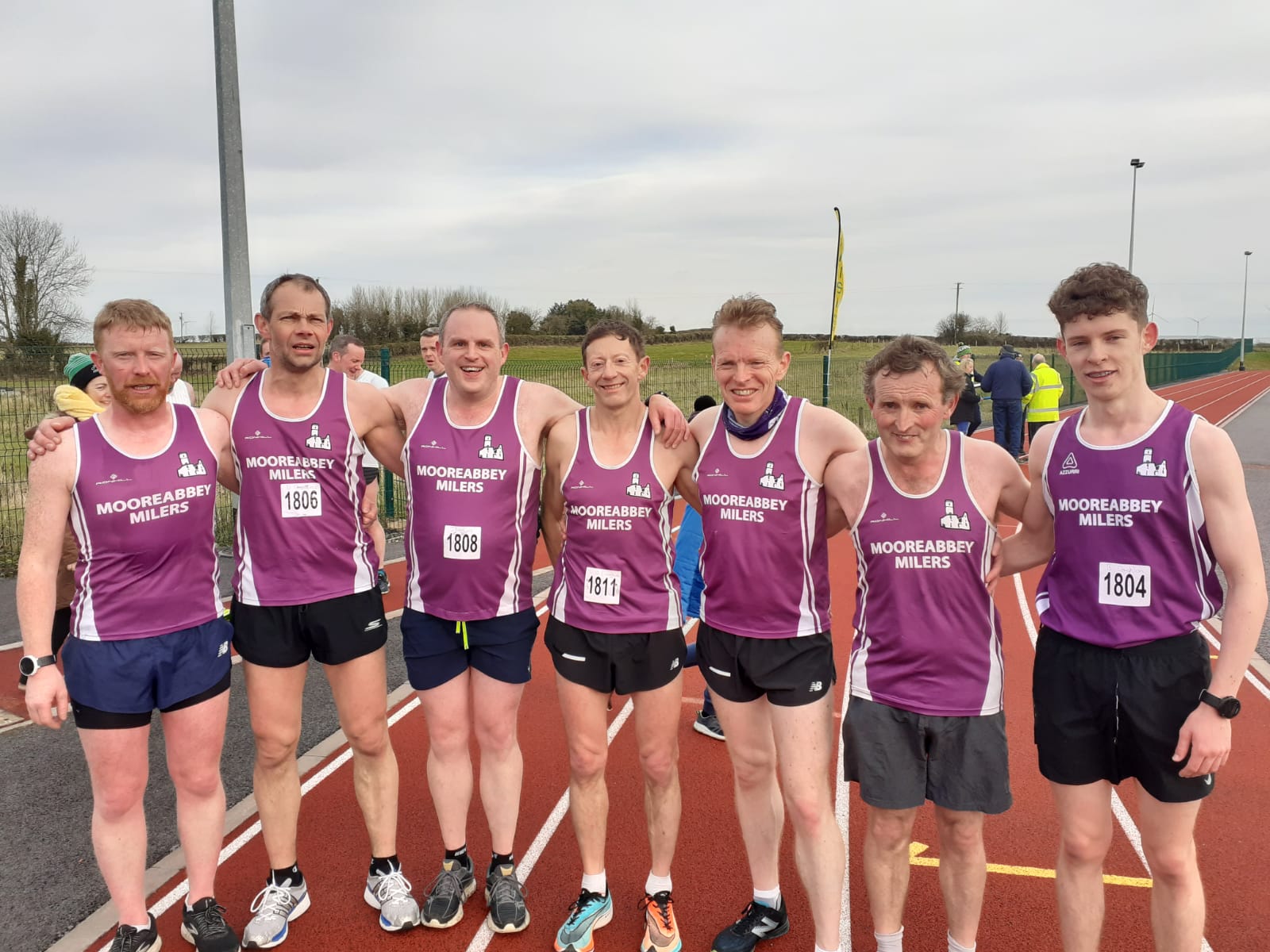 Training Adults
Adults train on Tuesday and Thursday nights at 7pm in the community field in Galbally. New members always welcome. Adults also do hill/mountain and trail training, become a registered member and get the added benefit of being included in the club's whatsapp to keep up to date with training/races and events.
**Registration forms are available at training €30 per adult**