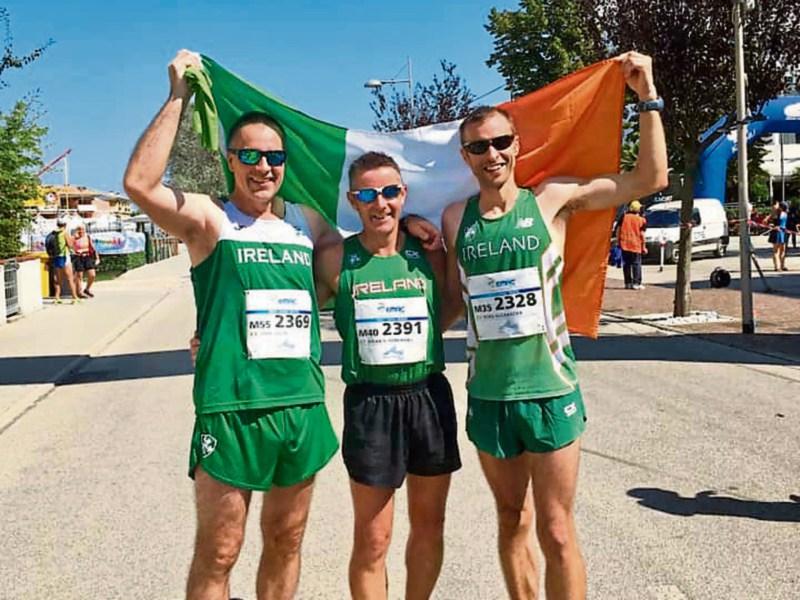 Irish international athlete John Laste, pictured left, was among the senior and masters athletes honoured at the Annual Tipperary Star Awards at the Horse and Jockey Hotel last Friday night.

On Friday, February 7, the fifth Annual Tipperary Star Awards were held at the Horse and Jockey Hotel.

Team Achievement Certificates were awarded to Templemore AC who won both master women and mens events in the 4×100 and 4 ×200 relays. Award winners for the women’s team included Genevieve Rowland, Evelyn Maher, Sandra Gillick and Orla McDonald. Men’s team winners were made up of Adrian McGinley, Tony Dunne, Kevin Shorthall, Danny Meaney, Richard O’Brien and Joe Barry. Emby Walsh of Carrick-on-Suir AC was inducted into the Hall of Fame for her lifetime of service to athletics.

The Paul Ryan Memorial Games take place at Templemore Athletic Club on March 7. Start time is 10:15am. Disciplines for both men and women include shot putt, javelin, hammer throw and discus. There is also a 300m race and a 1k track challenge, starting with u14, u16, u18, junior, senior and master. Fee is €5 per event.