Mooreabbey Milers AC: From the hills of Kerry to All Ireland medals 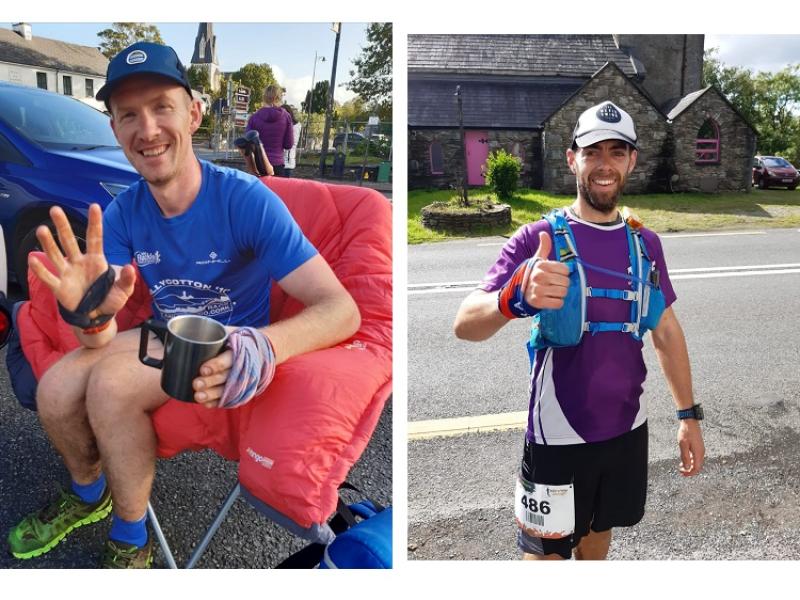 National Masters
This weekend we were back in Morton Stadium in Santry Dublin this time for the 149th consecutive Irish Life Health National Athletics Championship the national masters. Up first was Larry O'Grady at 12.30 throwing in the Discus field event. Larry after 4 throws took the silver medal by .59 of a meter from the 3rd place master. Larry also claimed a distance record in his category. Up later that evening at 6.30pm was Willie O'Donoghue in the masters 5,000 meters track event. In a highly contested on fire field of runners Willie finished in a trilling 3rd place to take a national bronze while also shaving 10 seconds off of his 5k best giving him a PB

The Kerry Way Ultra
The challenge of The Kerry Way was held over two days and one night last weekend where all the athletes attempted to run the entire length of The Kerry Way without stopping. The Kerry Way traverses one of Ireland's most spectacular mountain ranges with magnificent coastal views, lakes, moorlands and lonely glens with a mixture of tarred roads, lanes, bogs and mountain passes underfoot. The route is approximately 200km of roads, lanes, trails, paths and hills running in parallel to The famous Ring of Kerry road on the Iveragh Peninsula. The Kerry Way touches Irish history old butter roads, famine graves, abandoned villages, archaeological hilltop burial chambers, standing stones, ogham writing and folklore tales of the Fianna warriors and their escapades. The event was open to runners who had completed at least two marathons since September 2019, one 50 mile event or one 100k event with a maximum race time on the course of 40 hours. The reason these limits were in forced was that the race was a single stage, self-sufficient ultramarathon, with limited access for race support crews. Starting and ending their trek in Killarney town was Kevin Lenihan and Jason Collins.
Just after 2.30pm on Saturday over 32 later Kevin Lenihan cross the finish line in Killarney town and just shy of 7  hours later 39 hours after crossing the start line Jason Collins crossed the finish line in Killarney.

The Kerry Way UltraLite
This event was held over The Kerry Way route from Sneem to Killarney, with a staggered start in Sneem from 9am. This was a slightly shorter version of The Kerry Way Ultra, at approximately 58k and it was ran in conjunction with the Kerry Way Ultra out for the club in this one was Barry Hartnett and Liam O'Donnell. Our Barry finished in a very impressive 2nd place.