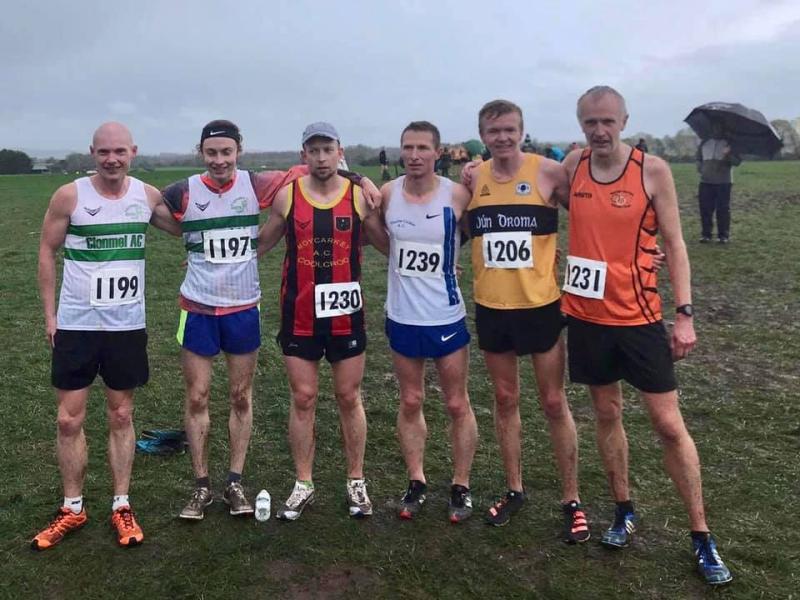 The Munster Junior and Senior Cross-Country Championships took place last Sunday at the Turnpike. Once again, the Moycarkey Coolcroo Club promoted a very successful programme of events for the 3rd week in a row and they are to be complimented on such a well organised set up.

In the Junior women’s race the County was to the fore early on with Niamh Cunneen of Nenagh Olympic and Muireann Duffy of Clonmel leading the County charge. They both put in two very good performances when finishing 3rd and 4th respectively, brilliant.

In the Senior Women’s race, County athletes were to the fore early on in the race over 3 laps with Ciara O Neill (Clonmel) and Dymphna Ryan (Dundrum) going with the early pace. Then midway through the race the leading group was down to three with Ciara O Neill of Clonmel mixing it very well with two international athletes Aoife Cooke of Eagle AC and Shona Heaslip of Riocht. Indeed, Ciara ran a fantastic race and was always in contention. Then over the closing stages she found renewed energy and put in a storming finish to win the silver medal and a fantastic reward for her brilliant effort and she announced herself on the Athletic scene, brilliant running.

Then we had Dymphna Ryan also running brilliantly when finishing 4th. Siobhan Doherty (Borrisokane) showed that she has lost none of her talent when producing a brilliant effort when finishing 8th after a lengthy break form the sport for the past 15 months.

The final race of the day was the Senior men’s 10k over 5 laps. Here we again had County athletes to the fore early on in the race. Then as the race unfolded, Evan Fitzgerald of Clonmel running a brilliant race came through strongly over the 2nd half of the race to finish a brilliant 5th overall. Then we had Kevin Moore of Dundrum also running very well when finishing 15th.

We also had good performances, in trying conditions as the ground was heavy at this stage after three weeks of races on it, from John Fitzgibbon (Thurles Crokes) 22nd, Paul Minogue (Clonmel) 27th, Mossie Bracken (Moycarkey Coolcroo) 28th and David Sheahan (Nenagh Olympic) 30th. This group combined very well to win the Inter County bronze medals.