County Under 23 and Masters over 35 Cross Country 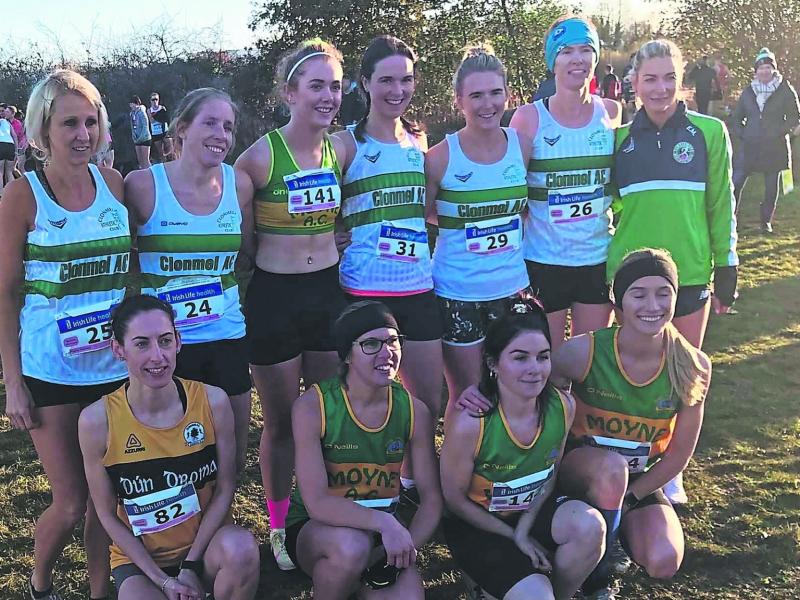 Gowran racecourse was the venue last Sunday for the National Novice Cross Country Championships, which were held in ideal conditions with firm footing the order of the day.

The County was well represented in the women’s race while in the men’s race, we hadn’t a team, which is a great pity as the majority of the County athletes are eligible for this event which was very well supported and large entries were the order of the day. In the women’s race we had a brilliant performance by Dymphna Ryan of Dundrum.

Dymphna used all her experience and went out strong as the pace at the front was very fast from the start. Then as the race unfolded, Dymphna began to make great progress and going out on the final lap she was improving. She put in a great effort over the final km and kept that strong effort going on the downhill stretch to finish a very creditable 6th, fantastic performance. Then we had Louise Fogarty of Moyne also running a well-judged race when finishing strongly in 27th place. The next County athlete to come into view was Kealey Tideswell of Clonmel and she too should be very pleased with her performance when finishing 31st. Evelyn Maher of Templemore was our next County athlete, and she too ran very well when finishing 55th.

Here we saw a brilliant performance from Evan Fitzgerald (Clonmel) who worked his way through the field to finish like a train in 6th place. We also saw good performances from Patrick Roche (Carrick on Suir) 118th and Michael McNamara (Clonmel) 205th.