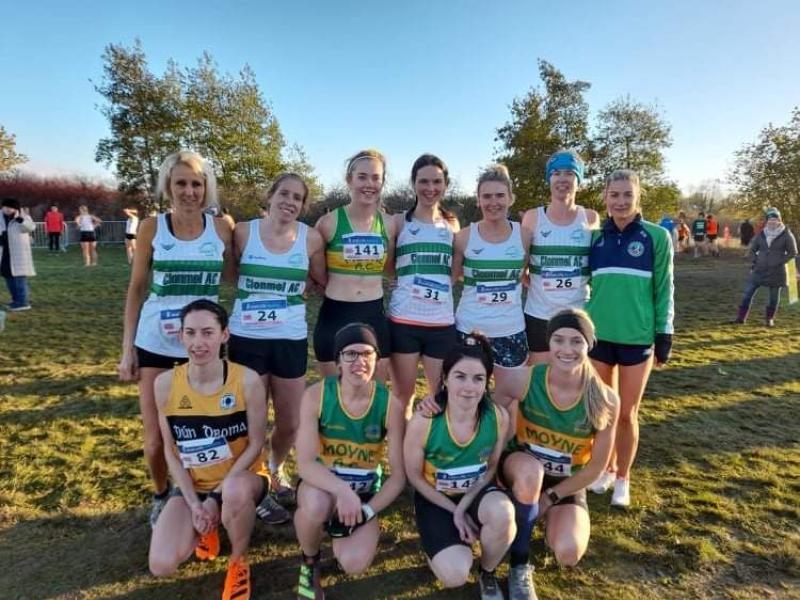 The Tipperary women at the All Ireland Novice Cross Country Championships in Gowran, Co Kilkenny

ALL IRELAND JUVENILE UNEVEN AGE CROSS COUNTRY CHAMPIONSHIPS
The All Ireland Juvenile Uneven Age Cross Country Championships were held in Gowran, Co Kilkenny on Sunday, December 5. We had 8 juveniles competing.  In the Boys U11 we had Albert Maher having a great race to claim Bronze, he was followed by 60th Rocco Julian, 81st Jesse Julian, 113th Micheal Farrell and 136th Sean Buckley. The club was 7th team of 19. Albert was on the Munster team that won Gold.  In the Girls U17 we had  19th Kate Ferncombe and 42nd Orla Ryan.  Both were on Munster scoring six that won Bronze. Millie Kelly had to pull up to an injury flaring up on her. Well done to all competing so well at such a high standard of competition.

KILKENNY CITY HARRIERS MEDIEVAL 1 MILE
The Kilkenny City Harriers Medieval 1mile was held on Friday, December 10 in Kilkenny. Dymphna Ryan who is on flying form won the womens race in a fantastic time 4.58.  Great run to break the 5 minutes.