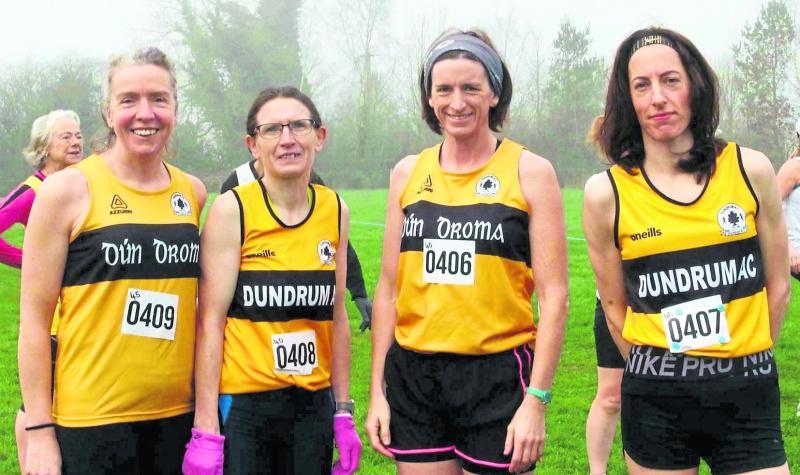 COUNTY MASTERS CROSS COUNTRY CHAMPIONSHIPS
The County Masters Cross Country Championships was held on Sunday, December 19 in Thurles. We had 11 athletes compete. In the women's race we had 4 compete over 4km. Dymphna Ryan won the race overall and also won Gold in the 040. Karen Coughlan was 3rd overall and won Silver in the O40. Catherine Fogarty was 7th and Mairead Julian 9th and won Bronze in the 045. The O35 team of Dymphna, Karen and Catherine won Gold. In the men's race we had 7 compete over 7km. First home was 18th Dermot Hayes, he was followed by 25th Paudie Coen, 35th Michael Moore who won Gold on the O60, 40th Jim Hally, 41st Rob Hogan and 50th John O'Brien. The team of Dermot, Michael Moore and Jim won Bronze in the O50 team category.