Sean Mockler made his debut for Indiana University USA in style by winning his first Indoor meet throwing the hammer a distance of 20.91metres 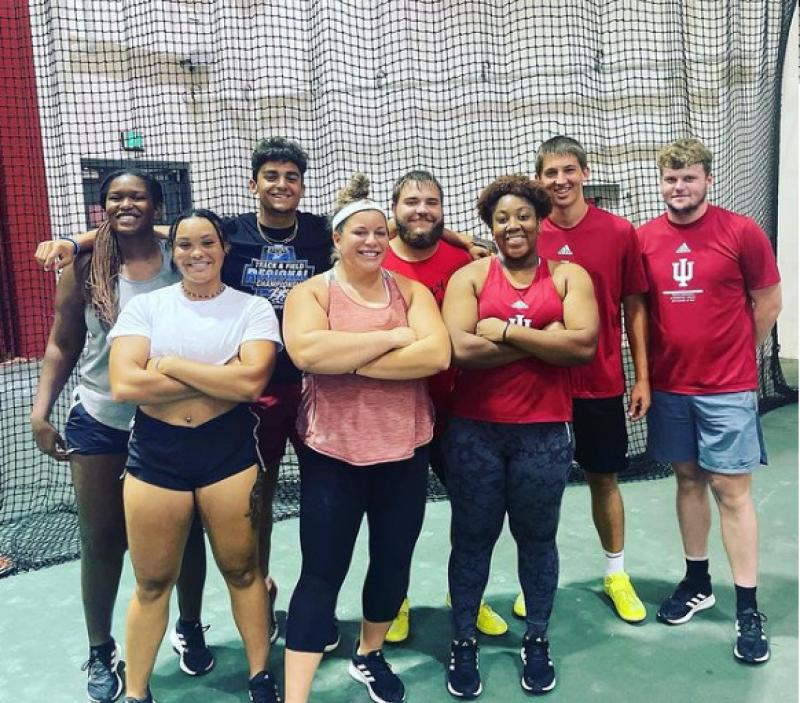 Photo above of Moycarkey Coolcroo athlete and Thurles CBS graduate Sean Mockler (far - right) who made his debut for Indiana University throwing the Hammer a distance of 20.91m at a meet in the US

Sean Mockler made his debut for Indiana University USA in style by winning his first Indoor meet throwing the hammer a distance of 20.91metres.

AGM: Our Club's Annual General Meeting will take place on Tuesday 15th February in Littleton Community Sports Centre at 7pm. Over the past two years, we have seen new initiatives in our club during juvenile training as well as the very positive sports day jamboree last December. This will be the first public meeting in person since the pandemic.

Support would be very much appreciated, Everyone is welcome to attend.Results Round-Up: At the Newcastle 5km last Sunday January 30 which attracted a large contingent of 194 we had a trio of runners in action, first home for the club on the day was John Fogarty who was close to breaking the 18min mark in 18:06 & 2nd O/45. Next home were Michael Healy 46th in 22:10 & Paul Bowe 51st in 22:24 both back running well again well done to all.

Sympathies: Condolences to Templemore AC on the passing of Mary Shelley who was involved with the Templemore club for over 40 years, Ar Dheis dé go raibh a h-anam dilis.

Quote of the Week & Interesting Info: ''My simple plan is to put on your shoes and go run'' Kathrine Switzer - Who was The first woman to officially enter the Boston Marathon in 1967, at the time women were not allowed to enter the marathon, Kathrine got around the gender issue by entering with her initials and not stating her gender on entry.

During the marathon, the race director tried to stop her several times but she prevailed and completed the marathon in 4hours 20mins she later campaigned to have the Women's Marathon installed as an event at the Olympics which eventually came to pass in 1984 when Joan Benoit of USA became the first winner of the Women's Olympic marathon.