John Fitzgibbon is the toast of Thurles and Tipperary athletics 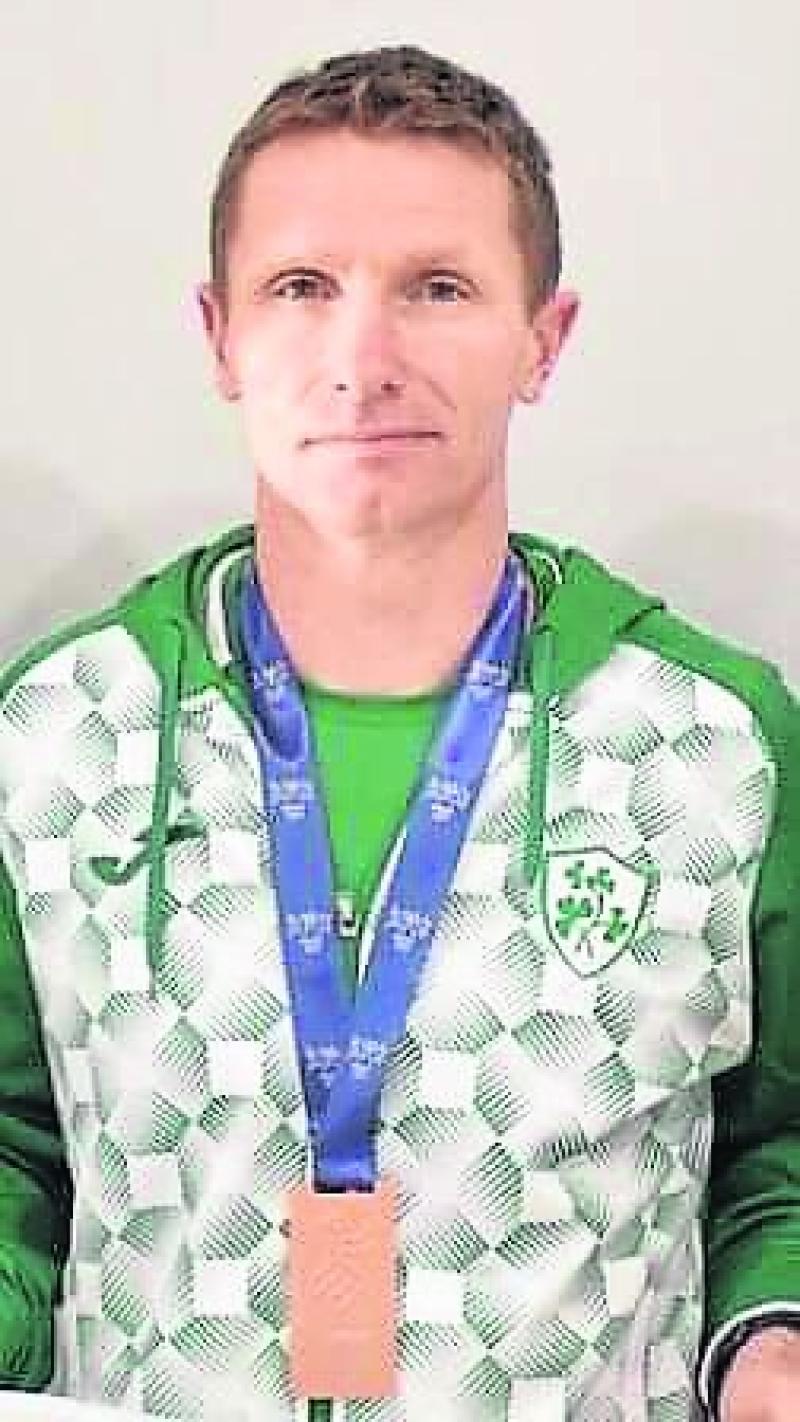 Placed 5th in the 0/40 category John and the Irish team won the bronze medals with John securing his bronze European medal in his first event.

The well known and popular athlete has been building up to the championships for some time and has put in a lot of very hard work to achieve his goal. And, his racing in Portugal was not finished after that event either - this time he turned his attention to indoor racing.

John lined up last for his second event the 3,000m and going into this event he knew it was going to be a tough run with some great European competitors.

John ran a smashing race in his heat tracking each runner lap by lap until a group of three broke away John included. Digging deep he came home in 3rd place with a new indoor 3,000m personal best.
This gave John an 8th place finish overall in the event going on times from other heats.

This is fantastic achievement for John and a huge testimony to his hard work, commitment and determination to a very difficult sport.

Congrats are extended to John, Thurles Crokes and the Irish team on their success. John has been described as a real inspiration to all athletes in Crokes and in Tipperary with his single minded determination.