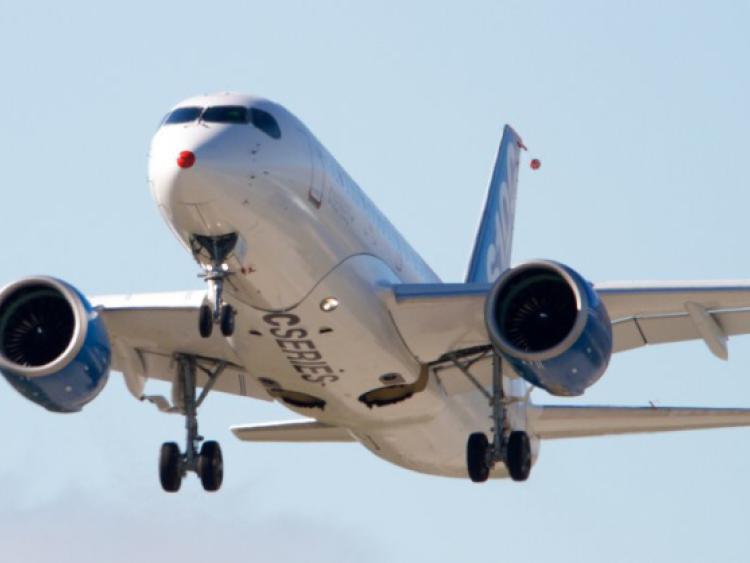 After delays and financial concerns over it future, staff at Bombardier’s Belfast division have been given a Christmas boost with the news that its pioneering CSeries aircraft has cleared the final hurdle with Canada’s aviation authorities.

After delays and financial concerns over it future, staff at Bombardier’s Belfast division have been given a Christmas boost with the news that its pioneering CSeries aircraft has cleared the final hurdle with Canada’s aviation authorities.

The new jet should now be in service by the middle of next year as the company confirmed the first delivery will take place after March.

In a statement from its Montreal HQ the firm hailed certification as “an historic moment”.

“Obtaining the Type Certificate for the CS100 aircraft paves the way for the delivery and entry into service of the CS100 aircraft with first operator SWISS in Q2 2016,” said Fred Cromer, President, Bombardier Commercial Aircraft.

“Years of dedicated efforts and collaboration culminate today in a very proud moment for many as we celebrate the CS100 aircraft’s Transport Canada Type Certification. I heartily congratulate our teams for their commitment to developing, testing and certifying the CS100 aircraft,”

“Bringing to market the only new family of aircraft developed for the 100- to 150- seat market segment in close to 30 years is a standout accomplishment -- the C Series aircraft is now well on its way to opening up new opportunities for operators, while delivering unrivalled economic advantages, performance, and environmental credentials. It’s the new reality for the single-aisle market.”

Michael Ryan, Vice-President and General Manager, Bombardier Belfast paid particular tribute to the team behind the new aircraft’s revolutionary composite wing which will be manufactured here.

“Given our involvement in the C Series aircraft programme, in particular in the design and manufacture of the advanced composite wings, this is an achievement of which all our employees and our supply chain should be justly proud,” he said.

“In fact, the aircraft certification authorities described our Belfast operation as having set a new standard for composite wing certification – a tremendous endorsement of our engineering expertise.”

The news was also welcomed by Enterprise Minister Jonathan Bell.

“I congratulate the whole team at Bombardier and especially Michael Ryan and his staff in Belfast on this marvellous achievement,” he said.

“Certification of the CS100 represents the successful completion of years of design, development and testing of this all-new aircraft.

“This is a hugely significant development and the last major milestone ahead of the aircraft’s entry into commercial service, which is being planned for the second quarter of 2016.”

Bombardier’s larger CS300 is on track to obtain its Type Certificate within the next six months as planned the firm said.