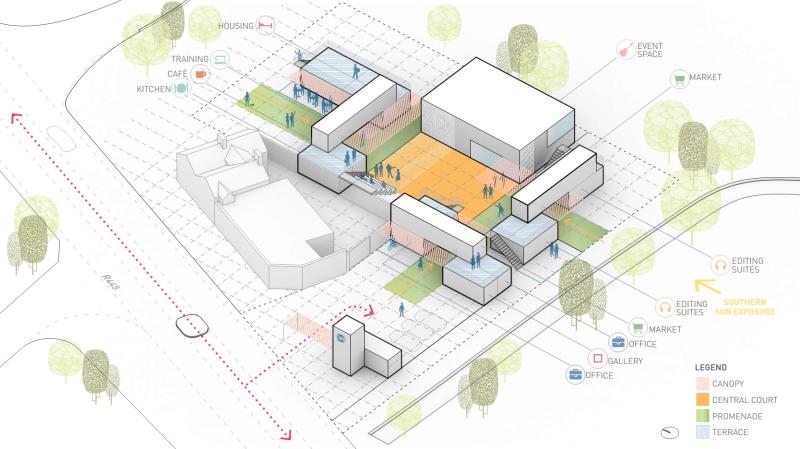 A new creative hub at Birdhill in County Tipperary has ambitious plans that its developers hope could create up to 300 jobs over the next five years.

Digicontainer, a not-for-profit enterprise for the Tipperary and Limerick region, has ambitious expansion plans to develop the creative and cultural sectors of the Midwest region at its uniquely designed creative hub at Birdhill

The plans for the development of this facility over the next five years will create between 100 and 300 jobs, with a €2m investment creating 100 positions within the first 18 months.

The project will include providing cost-efficient, shared workspaces within the Digicontainer creative hub, enabling local creatives to pursue successful professional careers in the Mid-West region.

As part of the expansion plans, Digicontainer aims to purchase and refurbish 10 used shipping containers for use as rehearsal, office and training spaces at the proposed location.

The modular container setup has mobility options and spaces can be tailored to meet each of the user’s needs.

The team behind the project are David Collopy former CEO for Opera Ireland along with Paul Boland and Joe Clarke of CWB.ie, the producers of Feile Classical at Semple Stadium and National Geographic Symphony for Our World at the Gaelic Grounds Limerick.

"The concept for Digicontainer came during my time in University Concert Hall when I worked with the many creatives coming out of the regions' third level institutions with degrees, loads of creativity and imagination but nowhere to allow that creativity to take the form or be expressed. This initiative will hopefully allow these very creative artists to become established and remain in the region, thus forging a significant creative hub across all disciplines in the Mid-West,” said Mr Collopy.

Digicontainer will encourage and enable local talents to work to realise both their individual and collective ambitions. It will serve as a conduit for bridging the knowledge gaps from arts to business in the region, said Mr Boland.

He said Digicontainer would be accessible to key regional and national markets and opportunities.

“I believe it can become a unique locally based service with strong regional, national and international connectivity and potential,” said Deputy Kelly.