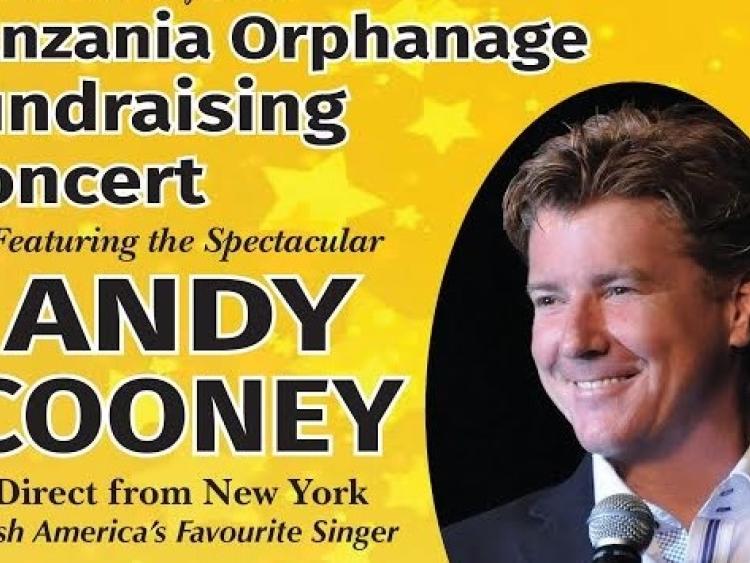 A fundraising concert will take place at the Radisson Blu Hotel and Spa Limerick on November 14.

All funds raised from the concert will go directly to the newest Tanzanian orphanage Karibu, which gives a home to abandoned children and babies.

70 percent of the Tanzanian population live below the poverty line. Poverty leads to hunger, with roughly 42 percent of children under five in Tanzania suffering from chronic malnutrition and 16 percent are underweight. 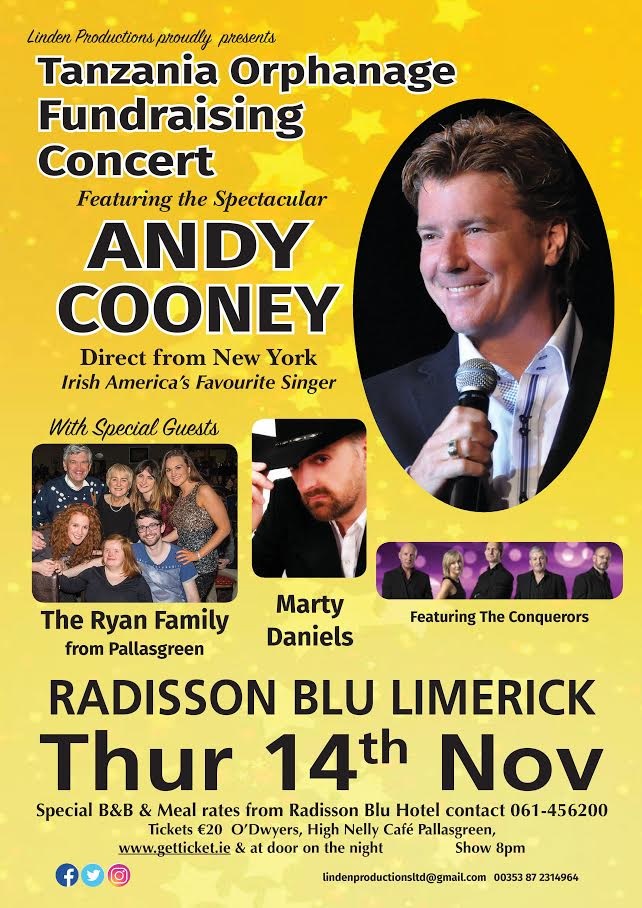 This spectacular concert will features Irish America’s favourite singer Andy Cooney, who will bring his outstanding show for one special performance to the Radisson Blu Hotel. His beautiful tenor voice and dynamic stage presence make him a great favourite. His self-penned song The Eighth Day was produced by Phil Coulter and has proved to be a great hit in Ireland, receiving great airplay.

Backing Cooney will be leading Irish band The Conquerors. Very special guests for this show will be the very well-known and multi-talented Ryan family from Pallasgreen. Michael, Teresa, Anna Jane, Una and Maria all have won All-Ireland titles in the Scór na nÓg and Senior Scór. Anna Jane is the assistant principal at Limerick’s School of Music. Una teaches in Our Lady Queen of Peace Limerick, while Maria has toured extensively throughout Europe, Africa and South America with the Galician piper Carlos Nunez. She is also a member of the highly regarded classical-traditional group Strung.

The well-known Marty Daniels will also perform for this star-studded concert. With acclaimed CDs A Little Bluer than That and the Nashville recorded Crying Time under his belt, Daniels is sure to entertain with the country favourites.

Don’t miss this opportunity to enjoy the show of the year and a wonderful night out for such an exceptional cause.

Tickets are €20 from O’Dwyer Oil Old Pallas, the High Nelly Bike Shop, Café Pallasgreen, online on www.getticket.ie and will also be available at the door on the night. Show starts at 8pm.

A bus will travel to the concert from Cashel via Tipperary Town. To book a seat, call Mary on 086-8143186. Special bed and breakfast meal rates are available from Radisson Blu on 061 456200.