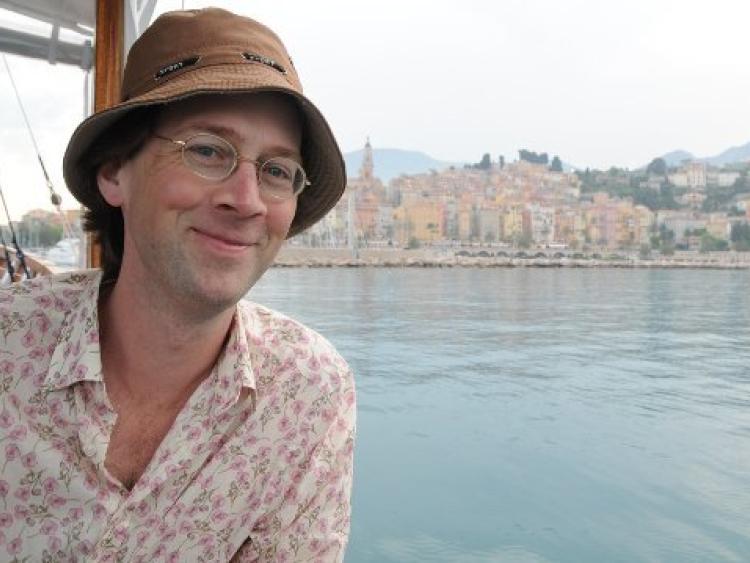 “This is not a necessary time for everyone to give up flying. But as a travel writer, it was vital that I stopped flying and encouraging other people to go around the world. The minute flights open up again, everyone is going to want to go everywhere. And then it’ll be doubly hard for me to stick by my commitment and stay at home.”

The renowned travel writer and documentary maker Manchan Magan spoke on the Travel Tales with Fergal Podcast this week about his decision in January last year to give up flying for holidays for ecological reasons and help cut carbon emissions.

After over 20 years of unrivalled adventures to parts of the world unseen by most Irish people including South America, China, the Middle East, Africa and Asia, Manchan is giving up flying and thus the very thing he loves the most in the world.

“It was not an easy decision to make. But I couldn’t have imagined myself making it before 2019. But 2019 was the year that Greta Thunberg came to prominence. And it was the year that people suddenly realised just how real and dangerous that this climate change crisis was.

“I’ve been a travel writer and making travel documentaries since 1996.

“I wouldn’t be able to look back at myself in 10 years’ time and know that I was continuing to encourage people to fly when I knew the damage that every flight was doing.

“This is not a necessary time for everyone to give up flying. But me as a travel writer, it was vital that I stopped flying and encouraging other people to go around the world. And I did say at that time that I would still travel if I had to for business or if there was a really good reason. The minute flights open up again, everyone is going to want to go everywhere. And then it’ll be doubly hard for me to stick by my commitment and stay at home.”

Slow travel is a trend that is expected to grow as people seek to avoid airplanes and reduce carbon emissions by taking ferries and trains.

In this more environmentally aware era, there is also talk of a revival of the overnight sleeper train trip that is both eco-friendly and avoids crowded airports. Slow travel also means people will be better able to immerse themselves in the local culture.

Manchan plans to begin an extensive series of train journeys to explore the feasibility of train travel throughout Europe.

“It’s scary to imagine new futures but thrilling too. For me, the next few years are going to be pivotal, as everyone on this island reassesses the unsustainable way of life we’ve been leading and dares to dream up new alternatives.

“I’m just so excited about exploring Europe and further afield by train. I love a train. I just love where one’s mind goes to and that slow pace. It’s exactly like any great travel writer has said. You will not see anything from a plane.

“But really the slower we go, the more we see, the more we encounter, and the more meetings with new people we have. I have so many happy memories of places like India when you’re on the train. You meet other families, and they share food and you end up talking and you don’t do that on a plane.”

As you would expect from somebody so well-travelled and who speaks multiple languages, Manchan shares great tales of his travels on the podcast from the remotest parts of China, Middle East and places in Asia like Ladakh. But Africa has an incredibly special place in his heart.

“Once Africa gets into your skin, nowhere else can compete. I decided I would just go to Africa and experience community tourism. And then I happened to come across one in Ethiopia, which was definitely the best holiday I’ve ever had in my life. I wrote an article in 2009 that I will never be able to write the first sentence of again. And I said in that article: ‘I can promise you that on your deathbed, you will look back on this holiday as one of the highlights of your life’. And I realized that the sentence was totally over the top as a travel writer. But I wanted to get people’s attention. Ethiopia is one of the most beautiful places in the world. So I wrote that in 2009 and still today I will get emails from people saying I cut out that article and I’m now ready to go.”

Fergal O’Keeffe is the host of Ireland’s No.1 Travel Podcast Travel Tales with Fergal which is a weekly interview series listened to in over 50 countries. The Travel Tales is available on all podcast platforms.