COLUMN: 'Many of us got to appreciate the hidden beauty of our local areas'

Travel Tales with Fergal column in this week's Nationalist 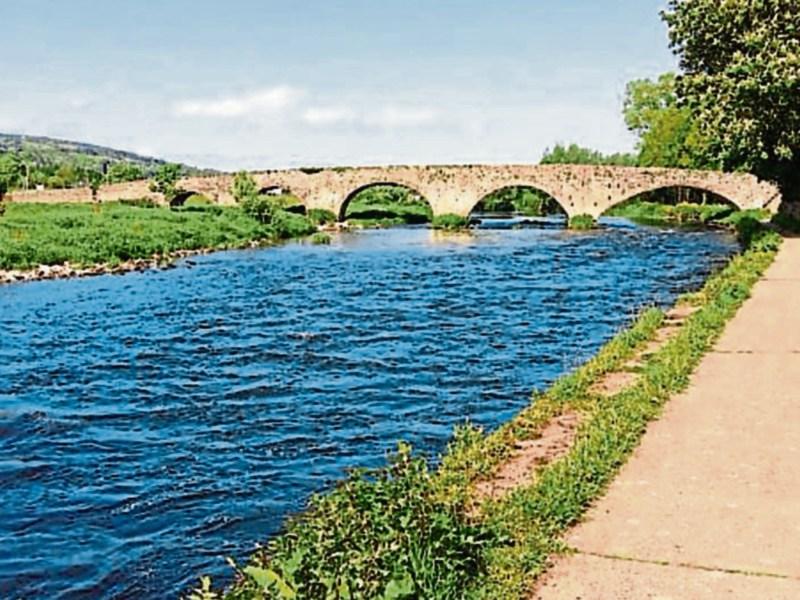 “Every dark cloud has a silver lining...”

I wrote the following first line in my first article of last year: “We start this year with great uncertainty but what we do know is that things will get better with an end to travel restrictions hopefully in sight for the second half of 2021. There may be dark clouds above us now but there is hope on the distant horizon.”

Let’s hope my article next January is just about airline sales.

Speaking of which, I do expect there to be lots of January sales this year to try and entice people to book holidays.

We are past the darkest days of winter and as we see a little more sunlight every morning, it is good to dream of sunnier days and far off places.

I have started my annual January ritual of restoring deleted airline and booking apps to my phone. I spend the month checking flights that I might never go on, but it is good for the soul to dream.

The line I have used most since March 2020 is that every dark cloud has a silver lining. When we were restricted in movement, I discovered my first silver lining and that was the beauty of the countryside and walks we have in Tipperary.

When we were limited to just 5km I was fortunate to be able to walk from my house to the Suir Blueway.

I still marvel every day at how lucky we are to have such a stunning amenity beside us.

Many of us got to appreciate the sometimes hidden beauty of our local areas.

According to Sports England there was a 27% increase in people “walking for leisure” during the lockdown between January and March last year in the UK.

In September, the UK Department of Transport said people in 2020 walked an average of 220 miles which was the highest figure ever recorded.

I don’t know what the figures are for Ireland, but I bet they are similar. There is a huge potential economic dividend for Tipperary from outdoor tourism.

My second silver lining came during the lockdown when I started to pine for travel. I would reminisce about past trips and plan future adventures on my daily Blueway walks.

I thought that there must be more people like me, so I started my Travel Tales with Fergal Podcast where I chatted with special guests about their most memorable trips.

The podcast grew over the last year to become the top Irish travel podcast and it is now listened to in over 90 countries worldwide.

I then started to do podcasting for companies including DCU, Tipperary Tourism, Clonmel Junction Festival and Six Seconds.

The highlight of my year was when I walked on the Camino de Santiago pilgrimage route in Spain in September where I could combine my love of podcasting, travel and walking.

The Camino is over 800kms from the Spanish border in the Pyrenees to Santiago de Compostela in Galicia and it typically takes a walker between 30 to 35 days to complete.

The Camino is a truly magical pilgrimage walk and I hope my three podcasts convey why the Camino is so special to so many people around the world.

You are walking on old Roman roads past medieval towns and villages steeped in ancient history.

You are walking over mountains, through forests, vineyards, abundant orchards and dusty yellow plains of cut wheat as far as the eye could see.

You are walking with fellow pilgrims open to sharing life stories and philosophical chats.

My favourite day on the Camino was when our guide Francisco told me he wanted to bring us on a 10km diversion off the trail to see a mystical Templar church at Eunate.

We had been walking for three long days so it took some convincing. But I knew we had made the right decision as we trekked through fields of knee high bushes with ripe red and green chillies littering the hard dry soil around our feet.

When I pointed to an octagonal church a mile ahead through the midday haze as if in a mirage, Fancisco told me: “Sometimes it is worth taking a detour on the less trodden path on the Camino”.

I immediately recognised that we were looking at a Templar church. I had seen a similar octagonal church at the Templar headquarters in Tomar, Portugal a few years earlier.

The church shape was the preferred design by Templars and was inspired by the Church of the Holy Sepulchre and the Temple Mount in Jerusalem.

We were given a tour of this magical church at the crossroads of the Aragon and French Caminos by a local historian. My guide Francisco grew more frustrated as the historian made no mention of the Templars.

Most records of the Templar order had been destroyed when the order was disbanded in the 14th century. Eventually a heated discussion developed in Spanish about the church’s past.

They wouldn’t translate what they were discussing, and I had to ask them to tell us the myths as well as the history. It summed up perfectly the Camino for me – the passion it inspired in people, the stunning landscapes and architecture, mixed history, spirituality, mythology, mysticism and debate.

The jewel in the crown of the Camino is the medieval city of Santiago, which is the final destination for pilgrims looking for the resting place of St James in the World Heritage listed cathedral in the main square.

As you walk into the city on your last day the sense of anticipation and excitement builds as the route gets busier and busier with pilgrims as the Portuguese, French, English, primitive and northern routes converge.

There is a palatable air of euphoria with many pilgrims breaking into song and hugging as they arrive into the packed square after weeks and sometimes months of walking. I met people who had been walking from Krakow in Poland and others from northern Germany.

I kept going back to the square just to stand there and watch the emotional spectacle of the pilgrims arriving exhausted but content.

I hope I have captured some of the magic of walking the Camino on my three podcast episodes and you can listen to them on https://traveltaleswithfergal.ie.

For more information on the Camino go to https://www.spain.info.

I flew with Aer Lingus from Dublin to Bilbao and back from Santiago.