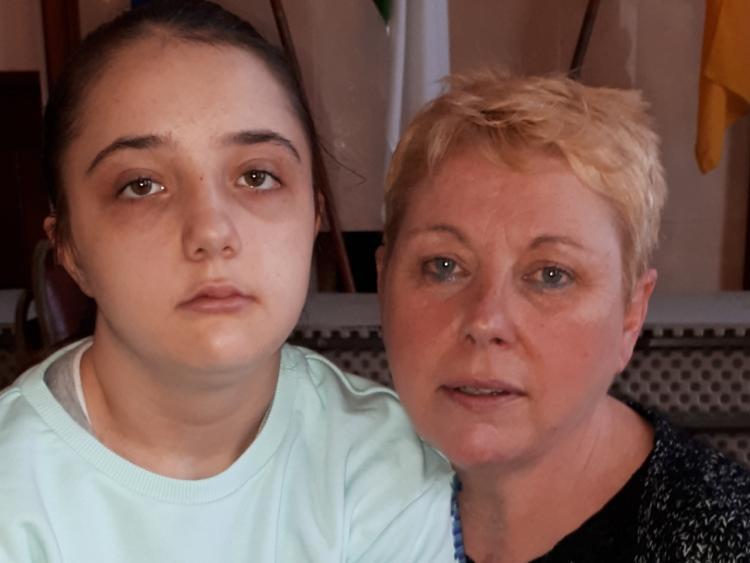 A fundraising drive was launched at Clonmel Town Hall to support a local girl set to undergo spinal surgery.

The 11-year-old has double curvature of the spine and a totally deformed back, confining her to a wheelchair as she struggles to walk. She was in sixth class at St Oliver’s National School when she suffered a stroke last October, which led to brain damage and severe Tourette syndrome.

“Ashleigh is at a 54 degree angle now and is going for a pre-operation on April 3,” Ashleigh’s aunt, Mary, told TipperaryLive.ie at the launch of a 10km fundraising walk to support her medical care.

“She has problems with her lungs, asphyxiates and has optic nerve tumours in her right eye, which is badly affecting her eyesight. She’s sick on a constant basis. She needs help getting up and down the stairs and with everyday things like getting washed and dressed. Her legs give way when she tries to walk.”

Ashleigh’s condition has “rapidly deteriorated” over the past 12 months, leading to damage of her internal organs. Mary said it’s “very difficult” for the family, with the costs of pending spinal fusion, travelling to Dublin for hospital appointments and medication mounting up.

The 10km walk takes place on April 28, with registration at 10am followed by the walk at 11am. It starts at Carey’s Garage, Kilcoran, Cahir, with refreshments afterwards at The Hill Inn. The entry fee is €20, with all funds going towards keeping the family afloat. Sponsorship cards are also in circulation around the locality.

Launching the fundraiser, Mayor of Clonmel Borough District Cllr Richie Molloy said: “The health service doesn’t provide the necessary resources and that’s why communities come together. It’s really important that will all row in behind Ashleigh."

Deputy Seamus Healy expressed similar sentiments. “The HSE isn’t funding services properly and it’s a pity that a campaign like this has to happen. I hope it will be very successful.” 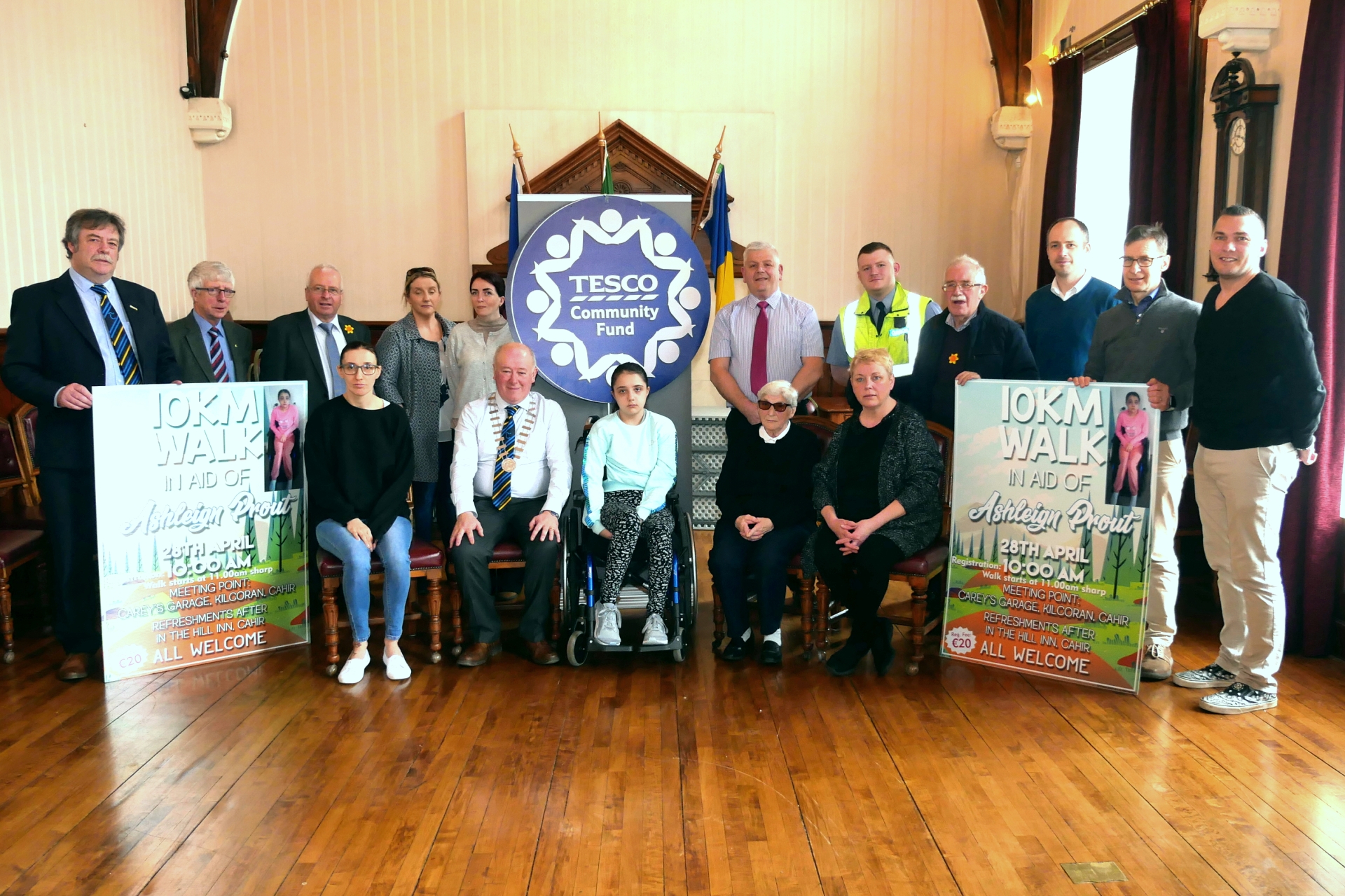 A 10km walk to support Ashleigh takes place on April 28

Tesco Clonmel is rallying behind Ashleigh, encouraging people to take part in the walk and to support her Community Fund blue token appeal in the store. “When Ashleigh’s mother, Alison, sent me a real dignified and heartfelt letter, it really tugged at my heartstrings,” Tesco Clonmel manager Martin Allen said.

“We need to get the momentum going and the message out there that this walk is taking place on April 28 and we need to get as many people as possible to take part to help Ashleigh.”

Ashleigh said she would be “extremely grateful” if the public could support the fundraiser and that it would make a “massive difference” to her life. “I like watching TV shows, but I would really love to be able to hang out with my friends and just go out of the house. I would love to play football, but I’m just always tired. I would be delighted if people could support the fundraising walk,” Ashleigh added.