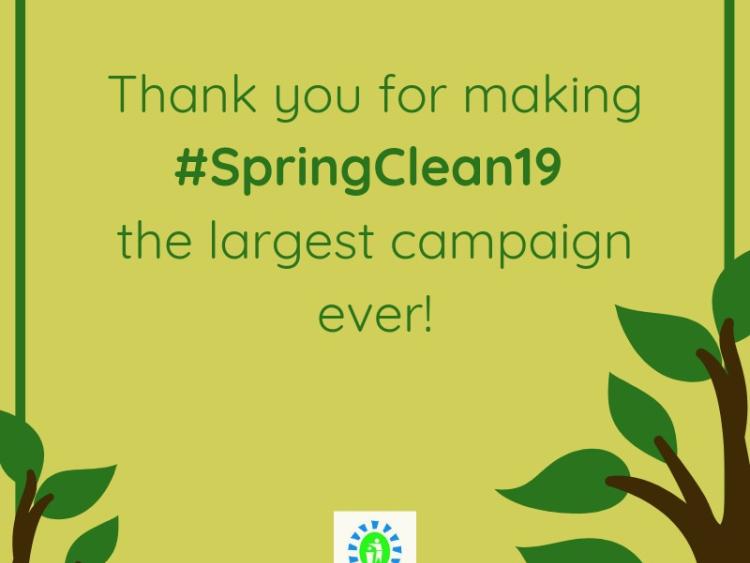 The sixth class pupils from Our Lady of Mercy Primary School, Cahir, County Tipperary, recently participated in An Taisce’s National Spring Clean, the nationwide anti-litter campaign which takes place during the month of April.

During the campaign, Cllr Andy Moloney and Cahir Tidy Towns’ Seamus Conway met the girls and acknowledged their great efforts. Cllr Moloney told them about the importance of keeping their local community tidy and litter free both now and in the future.

The girls gave them a big round of applause in appreciation of the wonderful work and the improvements that the Cahir Tidy Towns committee has undertaken in the local area. “The girls are proud of their scenic town and encourage everybody to keep it litter free. As the saying goes, ní neart go cur le chéile,” a school spokesperson said.