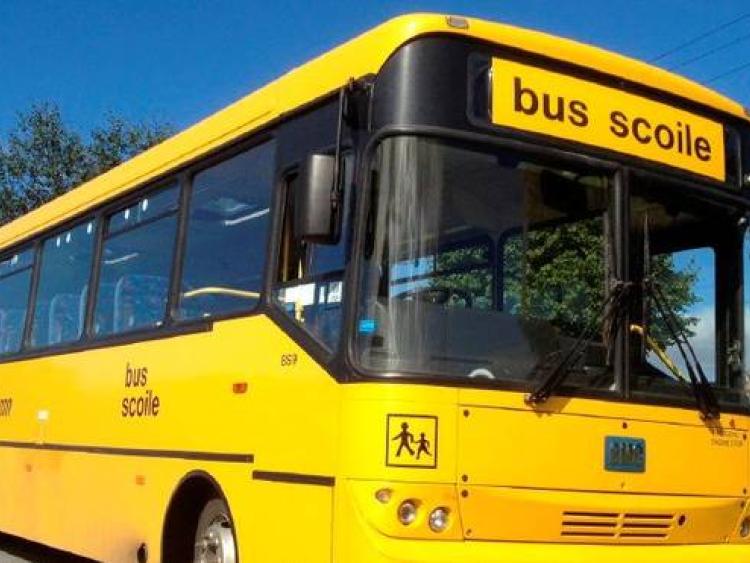 The government’s school transport scheme is forcing parents to use private cars instead of public transport but yet they claim to be "concerned about our climate emergency", says a Tipperary Co Councillor

Independent Councillor for Cahir LEA, Máirín McGrath has said that the Bus Eireann School Transport Scheme for Primary and Post-Primary Schools is causing untold stress for some families across the district.

“Bus Eireann is putting undue stress and anxiety on parents and school-kids alike by notifying them that there is no place on the public school bus for them just two weeks before schools resume despite the fact that they had already paid the appropriate fee in a timely manner. The restrictions laid down by Bus Éireann in relation to qualifying and concessionary tickets for pupils are incredibly rigid and inflexible.”

Concerned parents from across the Cahir area have contacted both Councillor Máirín McGrath and Deputy Mattie McGrath over the past week. Students from Newcastle to Aherlow, New Inn to Skeheenarinky and Grange to Goatenbridge have been refused tickets for the coming school term.

The news has come as a shock to children and parents, many of whom already benefitted from concessionary tickets on the school bus scheme. The children affected range from Junior Infants to Leaving Certificate students. The transition from Pre-School to Primary School and Primary to Secondary School can be stressful enough for pupils and parents without having the additional worry of not having a place on the school bus.

“In particular, students traveling to the Colaiste Dun Iascaigh in Cahir from a catchment area which includes the likes Newcastle or Grange are uncertain as to how they will travel to school this September despite these villages traditionally being feeder schools.”

“Another case that I have dealt with found that a young boy was eligible for a bus ticket to New Inn Boys School but his younger sister falls short for a ticket to the Girls School just 250 meters further up the road. It is an unbelievable saga. Both Deputy Mattie McGrath and I have made ongoing representations to Bus Eireann and Minister John Halligan in this regard.”

Máirín added: “It is unbelievable to think that in a time where we are encouraged to be more aware of our carbon footprint, the State’s School Transport Provider Bus Eireann are forcing students into private cars and refusing them from using public transport. It shows a total lack of policy cohesion to the Government’s Climate Action policy.”

“We need the Minister for Education and his Department to once and for all stop the yearly panic for parents and pupils looking for school transport. It shows a total inability to take changing demographics into account and plan for increasing school numbers. Every year this problem comes around and every year the government fail to adequately serve rural students,” said Cllr McGrath.

“With the week that’s in it, the only kind of tickets that people across Tipperary should be worried about are the ones for the All- Ireland Hurling Final in Croke Park this Sunday to support our Hurlers.” Concluded Máirín