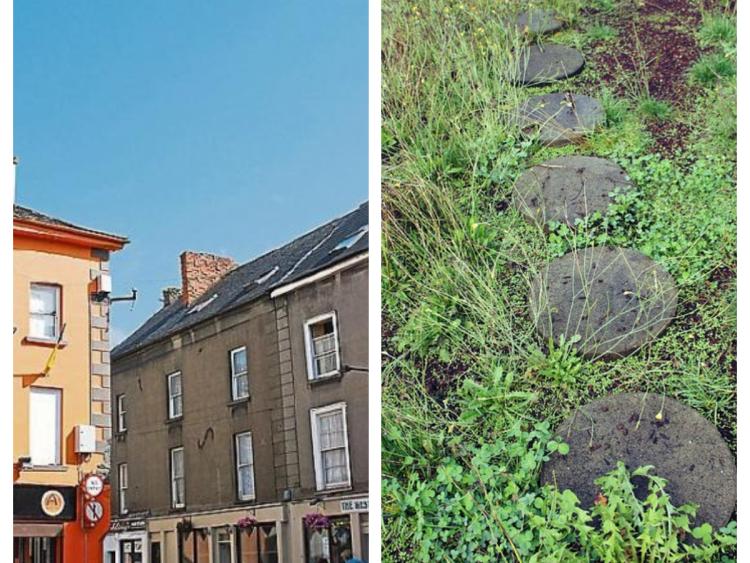 Concerns about the "epidemic" of weeds across the Carrick-on-Suir Municipal District have been raised by local councillors.

At Carrick-on-Suir Municipal District’s latest meeting, Cllr David Dunne said the growth of weeds in Carrick-on-Suir town centre and on the N24 has gotten "out of hand". He called on the council to put in place the necessary staff to carry out a spraying programme. "Weeds are everywhere you go. It's just ridiculous," he added.

Cllr Kieran Bourke said the "epidemic" of weeds on Carrick-on-Suir footpaths and in car parks are a “disgrace”. He also called for a spraying programme to be implemented. “There are private organisations like COSBA [Carrick-on-Suir Business Association], the Lions Club and resident committees putting shoulder to the wheel, and the council is being found wanting. We are just not doing what we should be doing, whether it's because of staff shortages or finance. We need to do something about it,” he added.

Cllr Imelda Goldsboro said weeds are also an issue in villages across the Carrick-on-Suir Municipal District, drawing particular attention to the issue in Fethard. “We are trying to promote tourism and support tidy towns groups, and yet the weeds continue to be an eyesore,” she added.

Carrick-on-Suir Municipal District’s engineer Willie Corby said the council has a procedure in place for tackling weeds, but admitted that the issue is “not easy”. He explained: “Some people are not in favour of particular types of spraying anymore - that's an environmental concern people have nowadays.

“We have had a better year for growth than last year and the weeds have just shot up, but that's no one's fault. It's just the way the weather comes. We'll try to get a handle on it.”