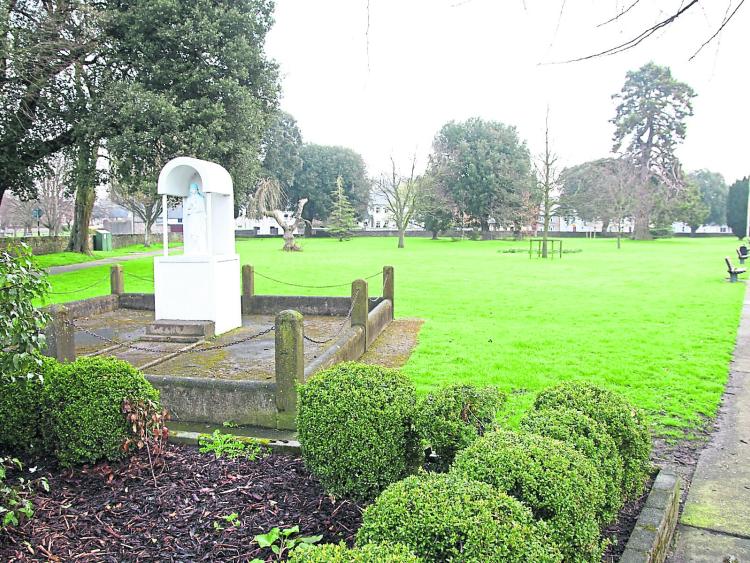 A Carrick-on-Suir, Tipperary councillor has slammed the dumping of rubbish in the town’s park.

At the recent Carrick-on-Suir Municipal District monthly meeting, Sinn Féin’s Cllr David Dunne said the volume of rubbish in the park is “unreal”. He told the meeting: “It’s not right the way people are abusing it.”

Cllr Dunne said the park’s seats look “shabby”, calling on the council to have them sanded and repainted. Responding to Cllr Dunne’s concerns, district engineer Willie Corby said the council will seek to remedy these issues.

Mr Corby also announced at the meeting that the council is set to trial the use of Bigbelly bins across the municipal district for six months. The smart, solar-powered, sensor- equipped waste and recycling stations communicate real-time status to collection crews to enable efficiencies.

Eight of the bins will be located in Carrick-on-Suir, with the remaining four bins allocated to rural villages.
Fianna Fáil’s Cllr Kieran Bourke welcomed the news, before highlighting that bins have been removed from Main Street in Carrick-on- Suir and questioning whether they would be replaced with Bigbelly bins.
Cllr Mark Fitzgerald raised the issue of bins getting overflown in Drangan, while calling for the bins not in use at the Fethard Ballroom car park to be removed and a bin to be placed at the Centra store.

Mr Corby said the company providing the bins recommend locating them in areas that will take pressure off rubbish collection crews. “Locations out of the way that need to be collected less often,” he said.

In response to Cllr Dunne’s claim that there are no bins in Carrickbeg, Mr Corby said it was on the edge of the main urban area where there are businesses, schools and other services, but that the council will look at locations “most in demand” of bins.
Cllr Bourke also queried the savings the council made in its street cleaning budget as a result of taking workers off the streets over the Covid-19 lockdown measures. Mr Corby said that only urgent works were done during the lockdown and that the savings made would be “used wisely”.