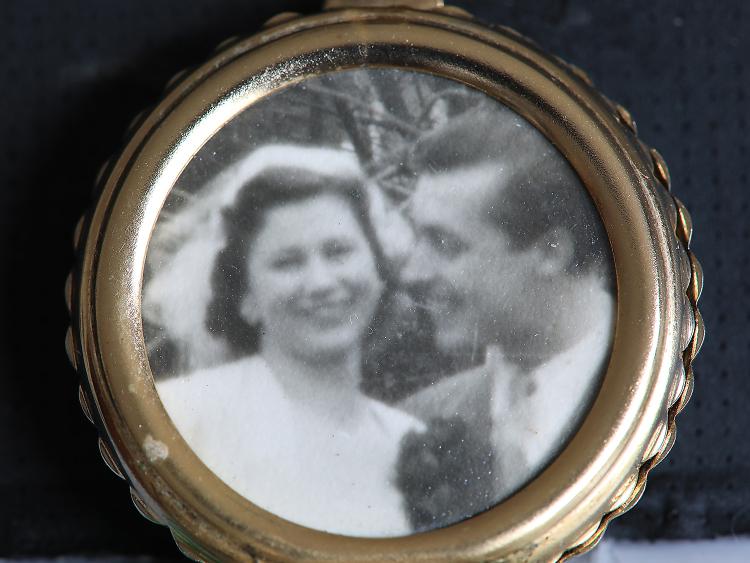 One of the photos in the locket found on the floor of Carrick-on-Suir River Rescue Charity Shop. Photos courtesy of Tom Grace

Two Carrick-on-Suir men are striving to trace the owner of a silver locket containing old photos of a couple on their wedding day that was found on the floor of a charity shop.
The locket was discovered in a corner of Carrick-on-Suir River Rescue’s charity shop on Main Street opposite Dillon Bridge about a month ago.
It features three black and white photos; two of a couple on their wedding day and the third of the man on his own.
The locket was spotted by a volunteer helping to clear out the premises ahead of the shop’s move to another location further down Main Street where the Sue Ryder charity shop was formerly based.
Paddy Stallard from Carrickbeg, Carrick-on-Suir was helping with the clear out of the shop on the day the locket was found by a fellow volunteer and he offered to try and find its owner or their next of kin.
He said the locket was found on the floor in a corner just inside the front door where a shop stand previously stood.
“It obviously fell out of a handbag or a jacket and wasn’t noticed until we were clearing out the place.”
Paddy sought out the help of well-known local photographer Tom Grace in his efforts to return the locket to its owner or their family.
Tom, who ran a photographic studio in Carrick-on- Suir before his retirement and was The Nationalist’s freelance photographer in the town for many years, took pictures of the locket and its three photos.
He posted them on the Things I Miss About Carrick-on-Suir Facebook page and issued an appeal for anyone who may know the owner of the locket to contact him.
Unfortunately no one has come forward to date to claim the locket or to identify the couple in the photos.
Tom and Paddy are hoping that highlighting the discovery of the locket in The Nationalist will help to reunite the locket with its owner or their loved ones.
Tom currently has the locket in his possession and describes it as being one inch in diameter with a lovely engraving on its cover.
He estimates the photos date from the 1940s judging from the clothes and hairstyles of the bride and groom.
Tom and Paddy point out the owner of the locket may not be from Carrick-on-Suir as the Carrick-on-Suir River Rescue charity shop receives donations from communities from across the town’s large hinterland including neighbouring Tipperary communities such as Kilsheelan and Ballyneale, Piltown and Owning in south Kilkenny, Rathgormack, Clonea and Portlaw in county Waterford.
“It would be lovely to find the locket’s owner.
“Someone would definitely like to get it back,” he told The Nationalist.
Anyone with information that may assist Tom and Paddy in re-uniting the locket with its owner or their family should contact Tom Grace at (087) 2784340. 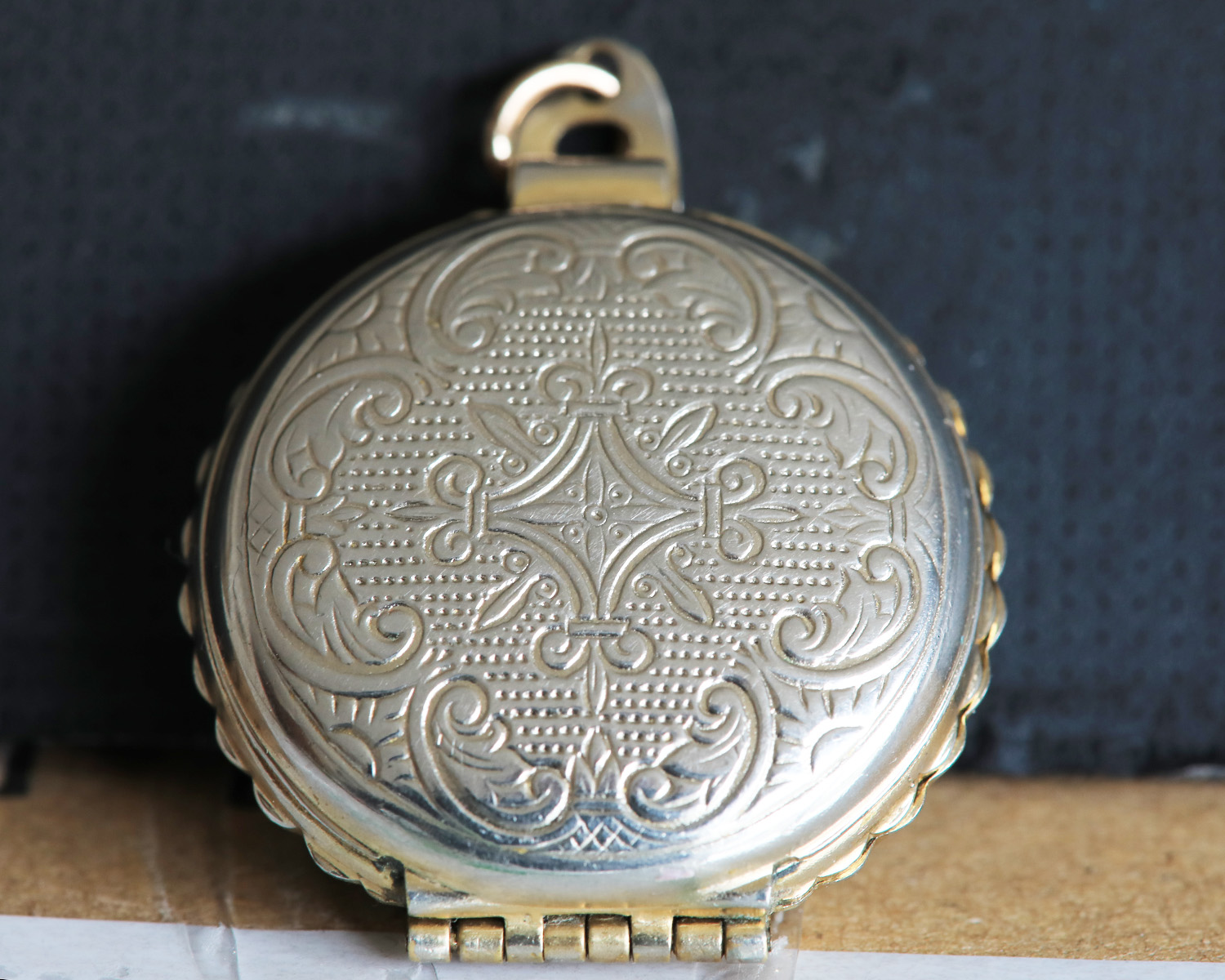