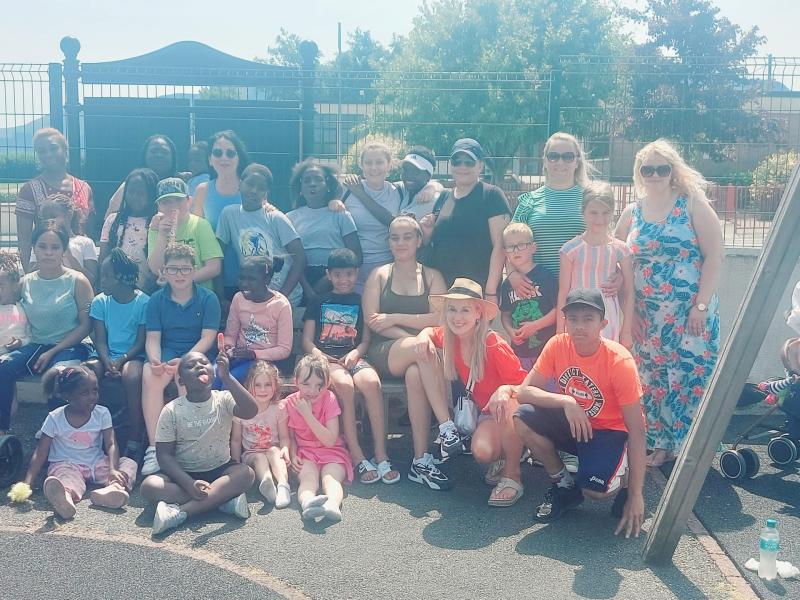 Children living at Carrick-on-Suir’s Bridgewater House Direct Provision Centre enjoyed a series of outings over the summer thanks to funds raised by the local community.

A trip to Tramore including a session at Splashworld and a visit to Ormond Castle were the most recent outings organised for about 40 children living at the residential centre for refugees and asylum seekers by the Friends of Bridgewater House.

Another highlight was a hike in Crough Wood near the Mahon Falls in June that was followed by a visit to Rathgormack Playground and ice-creams at the village’s shop run by members of the Amish community. The children also enjoyed circuit training sessions in Carrick-on-Suir’s Castle Park next to Ormond Castle.

Bridgewater House Community Liaison Officer Martina Walsh said they also got children living at the centre involved in a variety of summer camps run by such organisations as the Breakfast Club, Nano Nagle Community Resource Centre and Davins GAA Club in Carrick-on-Suir over the past two months.

The summer activities and outings were financed by funds raised by the Friends of Bridgewater House and funding they received from Tipperary Sports Partnership, through Tipperary County Council.